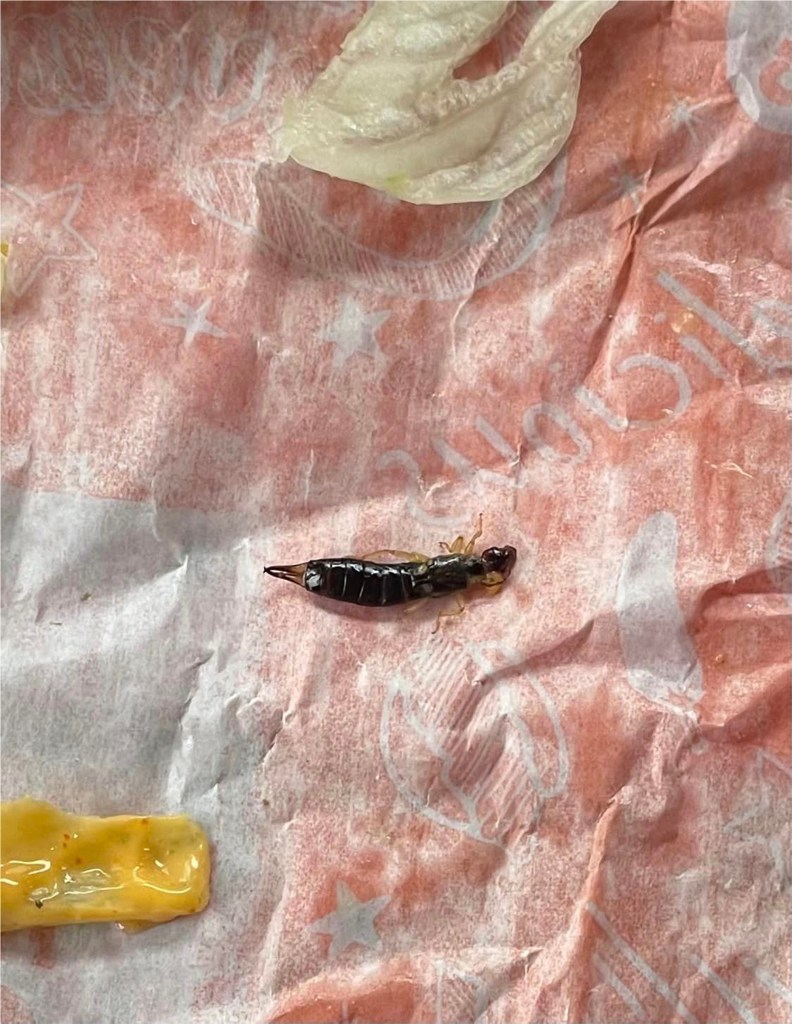 A Darwin lady who found a “whole bug” while chewing into a chicken burger has blasted Hungry Jack’s and vowed to never order takeout again.

Sophia Mauboy shared images of the damage on Facebook along with some harsh criticism of the Casuarina business.

She said, “I’ve never been one to go through it or whine about it, but I’m done.”

“I’m halfway through a chicken burger when I see antennas. When I pull back the top bun, a full bug or centipede-looking creature is revealed.

“Don’t go there and save yourself the trouble. It simply isn’t acceptable.

“I won’t order takeout ever again.”

The insect in the picture appears to be an earwig, which can threaten prey by using its back pincers to administer a painful but non-venomous nip.

Her post was shared more than 300 times in less than 24 hours, frequently with the “WTF” and vomit emojis.

“That’s real disgusting, man! How can you cook a full burger and forget that? Another person asked.

Another said menacingly, “I wish I had seen this sooner; I just had Hungry Jacks.”

The chain stated in a statement that it was looking into Ms. Mauboy’s allegations.

According to the statement, “Hungry Jack’s is aware of the Facebook post referencing a burger purchased from its Darwin (Casuarina) restaurant and is looking into it.”