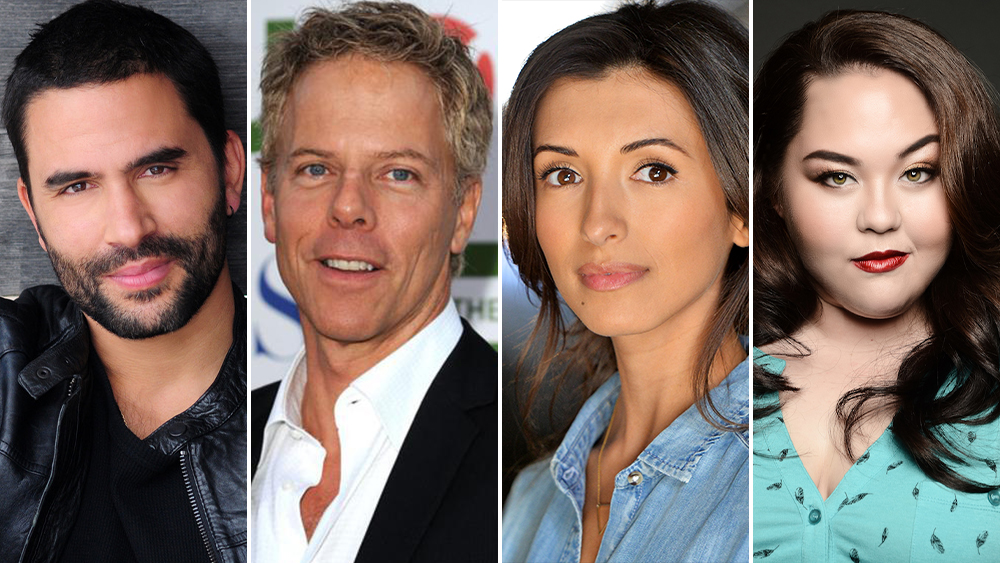 Part 1 of the second and final season of Netflix’s wonderful and heartbreaking drama Firefly Lane has debuted. In addition to meeting with fan-favorite returning cast members such as Katherine Heigl, Sarah Chalke, Ali Skovbye, Roan Curtis, and Ben Lawson, viewers will meet new cast members such as Jolene Purdy this season.

Purdy portrays Justine Jordan, a new agent who enters Tully’s life at at the right moment. If you have watched any of the first nine episodes of Season 2, you are aware that Tully’s life has descended into complete and total catastrophe. However, have no fear! Or, fear less, I suppose. Why? Because Justine is here to assist her in reassembling her professional life.

Who exactly is Justine Jordan on Firefly Lane? What do we know about Jolene Purdy, who portrays the new agent for Tully? And why is she so recognizable? Here is all you need to know about Purdy’s character in Season 2 of Firefly Lane and where you’ve seen her previously.

Who is Justine Jordan on the street Firefly?

Early on in Season 2, Episode 1, Tully is served in the freezer aisle while loading up on ice cream. She is being sued for a staggering $10 million, which she acknowledges will put her in a financial bind after quitting The Girlfriend Hour.

Tully receives a phone call from an eager, ambitious lady called Justine Jordan who wants to be her new agent when she is consoling Kate and ensuring Johnny’s safety following his explosion in Iran. She offers Tully several suggestions, but Tully does not know who she can trust at the moment. However, Purdy’s charisma, which shines through Justine’s moments, is so endearing that you can’t help but want her to be around.

Tully employs Justine, who immediately begins working to drop the case and find work for Tully that does not violate the provisions of the ludicrous non-compete agreement she signed, which keeps her off broadcast television for one year. She first proposes some bizarre solutions, such as presenting a reality dating show called I’d Hit That, but she eventually discovers the solution: the Internet.

Justine urges Tully to create a website and recommends that she begin blogging and vlogging. Justine asserts that the Internet is “the future of media and entertainment,” and she couldn’t have been more accurate. After realizing that even her mother publishes astrological vlogs online, Tully ultimately decides to give the website a go, and the new business idea ends up acquiring a big following while helping her process her feelings. Merci, Justine!

Despite not wanting to be Tully’s buddy outside of the Tully Hart Media Empire (also known as Tully’s new apartment), Justine is a nice, friendly addition to the Firefly Lane group and has Tully’s back when it matters. When Tully wants to create a case against Wilson King, her former employer who attempted to seduce her earlier in her career, and identify other women prepared to come out, Justine offers her assistance. When Tully declines King’s employment offer, Justine is there to support her. And soon after the disaster that wrecked Justine’s job and friendship with Kate, Justine begins damage control.

It appears that everyone needs a Justine in their lives. But she must be as lovely, hilarious, and fearsome as Jolene Purdy.

Jolene Purdy, a 38-year-old Californian actor, portrays Tully’s agent Justine Jordan, as previously stated. According to her IMDb website, Purdy began her acting career in 2001 as Cherita Chen in Donnie Darko. She has since acted in a variety of notable TV programs and films, such as 10 Things I Hate About You, Breaking Bad, Glee, Superstore, and The Resident, among others. Purdy is well recognized for her appearances in Orange Is the New Black, WandaVision, and The White Lotus. She portrayed Lani in Season 1!

Purdy may be followed on Twitter and Instagram if you wish to keep up with her off-screen activities. There is a possibility that Justin could return in Firefly Lane Season 2, Part 2, but for now, keep a look out for her in the following episodes:

The first nine episodes of Season 2 of Firefly Lane are streamable on Netflix. In 2023, the remaining seven episodes will debut.

»Who portrays the new agent of Tully, Justine Jordan? Why Jolene Purdy from ‘Firefly Lane’ Looks So Familiar«