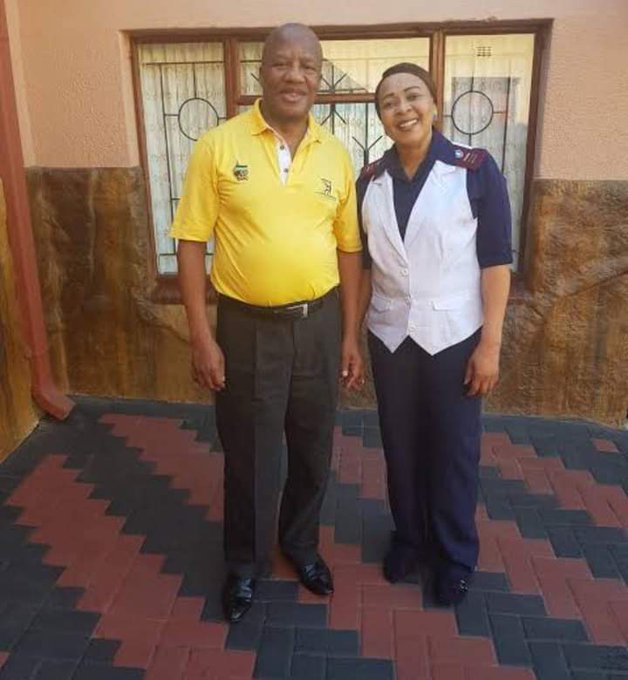 The announcement startled South Africa’s political world, considering that Thembi was just as well-liked as her husband. Mrs Mthembu worked as a nurse at a local clinic before her death, which endeared her to the people.

No cause of death has yet been established, and details still remain sketchy. But the Mthembu clan is now having to deal with the loss of another integral member of the family. Tributes have been paid to Thembi on social media, and we’re expecting an official statement from ANC officials later today.

Thembi Mthembu passes away, 15 months after her husband

In January 2021, Jackson Mthembu died as a result of complications arising from COVID-19. The former minister had comorbidities, which increased his vulnerability to the virus. Sadly, after a short stay in hospital, the Cabinet member succumbed to the illness.

It’s understood that Thembi Mthembu, who had her own long-standing medical conditions, was admitted to hospital earlier in April. Speaking to the media this morning, a cousin of the deceased revealed that she had been ‘particularly unwell’ for the last couple of weeks.

Sadly, it seems that the passing of her husband is still weighing heavy on the Mthembu’s:

“Thembi was not well for the last couple of weeks – she lost her life in hospital. What happened is that it just opened up the wounds because if you remember we lost Jackson last year.”