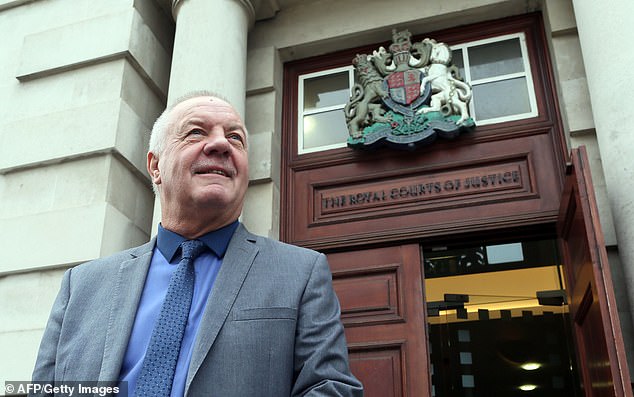 eterans have welcomed new legislation which would grant immunity to those who fought in Northern Ireland during the Troubles while campaigners have slammed it as a ‘whitewash’.

The Government has announced plans to put in place a ‘investigations and information recovery process’ to provide answers for families, deliver on commitments made in its 2019 manifesto to those who served in Northern Ireland.

The legislation will see immunity granted to those who served during the Troubles if they cooperate with the Independent Commission for Reconciliation and Information Recovery (ICRIR).

The new body aims to help individuals and family members to seek and receive information about Troubles-related deaths and serious injuries.

It is also designed to produce an historical record of what is known in relation to every death that occurred during the Troubles.

The proposals, introduced as a bill in the Commons by Secretary of State for Northern Ireland Brandon Lewis, leave open the route of prosecution if individuals are not deemed to have earned their immunity.

Veterans have welcomed the legislation – formally known as the North Ireland Troubles (Legacy and Reconciliation) Bill – which had its first reading in the Commons today.

‘Seldom have I given a fellow minister such a hard time. But he was big enough to reach out in January and we’ve worked on it since.. it’s good legislation.’

Mr Mercer, who has long campaigned against the prosecution of Northern Ireland veterans, referenced the case of Dennis Hutchings who died from Covid while on trial in Belfast over a shooting in 1974 last year.

Northern Ireland Veterans Movement spokesman Paul Young told the News Letter: ‘It is not what everybody wants but it is as close as we are going to get.

‘It sounds like it does what we have been campaigning for for the last number of years, and that is to stop the prosecutions – to take them away from Northern Ireland.’

In a statement, Danny Kinahan, Northern Ireland’s Veterans Minister, described the legislation as ‘a step in the right direction’.

He added: ‘I acknowledge the great pain and trauma of losing loved ones, living with life changing injuries and indeed living in a constant fear for your life, for which some affected may never be able to reconcile.

‘Through this legislation we must look at how we can best support families to obtain the answers to the questions they are longing for, in the hope that some degree of understanding might one day be achieved.’

However campaigners and victims’ families have described the plans as ‘whitewashing’ while Sinn Fein has accused the Government of attempting to cover up Britain’s actions in the conflict.

Raymond McCord, whose son was killed by loyalists, described government proposals for dealing with the past as ‘disgusting’.

It is understood victims’ campaigners are considering mounting a legal challenge to the Northern Ireland Troubles (Legacy and Reconciliation) Bill.

Mr McCord said the ‘clear message to victims was to f off’.

‘It’s disgusting … Brandon Lewis says it’ll bring reconciliation, I don’t want to be reconciled with the murderers of my son, and neither does anyone in my family,’ he saidy.

‘Throwing litter in the street will be a bigger crime than mass murder … this whitewash of all these murders, to turn around and say it’ll bring reconciliation … I’m from the unionist community, I don’t need this to reconcile me with someone from the nationalist community because they are my friends.

‘They were never my enemy.

‘The proposals are unworkable and they (government) know it, and I will do everything in my power to stop these going through Parliament.’ 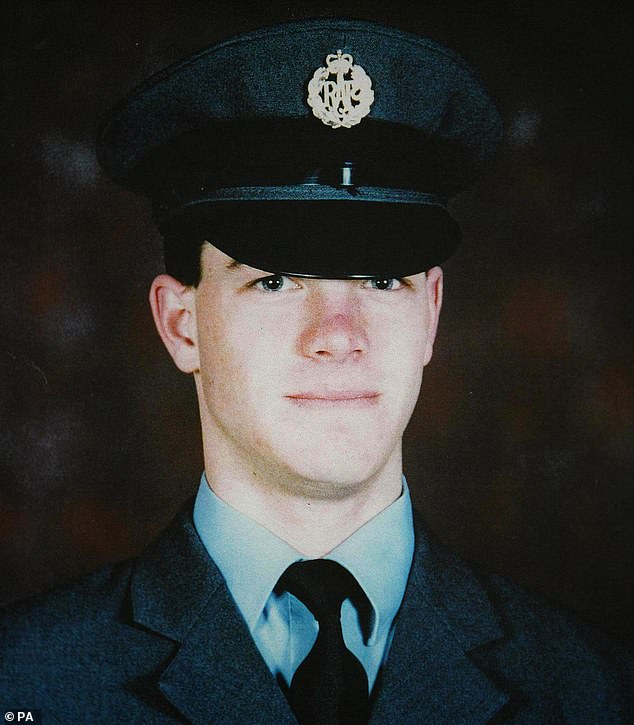 Secretary of State Brandon Lewis described a ‘very difficult area’, adding: ‘It can be very painful for people.’

However he insisted the current system ‘isn’t working for people’, and that it should not take 50 years for people to get information about the death of their loved one.

He said immunity would be judged by the independent body based on how people have engaged.

‘That would be a matter for the independent body which will also have a judge involved in that process,’ he said.

Sinn Fein Stormont leader Michelle O’Neill slammed the legislation, saying it ‘appears to be to cover up and close down any investigation into British state policy in Northern Ireland over the last 50 years’.

‘In effect, they’re like pouring concrete over Britain’s role in the conflict,’ she told the BBC.

‘There should not be an amnesty for anybody, this is absolutely all about the British government trying to cover up their role in the conflict and for the record Sinn Fein has always cautioned against any proposals for a statute of limitations, and we have made that clear in all of the consultations that have happened to date.

‘But what this proposal, and it is a British government proposal, the focus is on bringing forward an amnesty that supports a policy intent by them to cover up and to prioritise the wants of British military above the needs of victims, and we have many families that are sitting this morning that are really concerned, and they’re devastated because this is so far reaching.

‘It’s not just about investigations, it’s about preventing live or pending legal processes, no access to legacy inquests, judicial review, civil cases, it’s about shutting down everything, and how is that building for a better future.

‘That is not the way to deal with the past and create a better future.

‘The impact of conflict is intergenerational and I see that every day and this really saddens me on the part of all those people who have been hurt and injured in the conflict.’

More than 3,500 people were killed during the Troubles, including over 1,000 members of the security forces.