Skip to content
Go Home «» News «» Breaking News «» Which film has the most nominations for the 2023 Academy Awards? 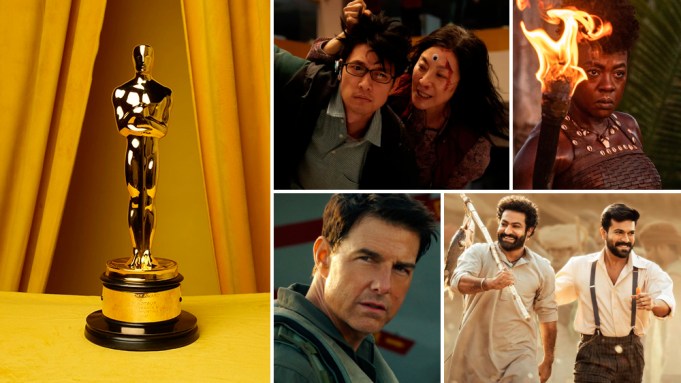 In a morning live stream presented by Allison Williams and Riz Ahmed, the Academy announced the candidates for the 95th annual Academy Awards after a year of anticipation and speculation. Everything Everywhere All At Once led the pack with 11 nominations, including nominations for the first time for Michelle Yeoh, Ke Huy Quan, Stephanie Hsu, and Jamie Lee Curtis.

The film’s triumph was followed by All Quiet on the Western Front and The Banshees of Inisherin, both of which received nine nominations. Check out the complete list of 2023 Oscar nominations for additional information.

Everything Everywhere All at Once follows a Chinese-American woman as she enters the multiverse and meets the various incarnations of herself and her family. “The film is a hilarious and big-hearted sci-fi action comedy about an exhausted Chinese-American woman who can’t seem to finish her taxes,” the blurb teases.

John Serba stated in his Everything Everywhere All at Once review for Decider, “Everything Everywhere is a daring film, rich in Asian-American representation — it is firmly steeped in the immigrant experience — and aesthetic and thematic innovation. The comedy is outrageous, overstimulating, and tiring, but ultimately therapeutic. It is underlined by a broad, universal concept about our need to fend against the darkness with hope, love, acceptance, or whatever other positive force we must summon to survive.”

Everything Everywhere All At Once also topped our list of the Best Films of 2022, where Decider’s Anna Menta described it as “a film unlike any you’ve ever seen.”

How To Stream Everything Everywhere:

Everything Everywhere All At Once is available to view on Showtime and the Showtime channel on Amazon Prime Video. The film is also accessible via video-on-demand services such as Vudu and Google Play.

»Which film has the most nominations for the 2023 Academy Awards?«