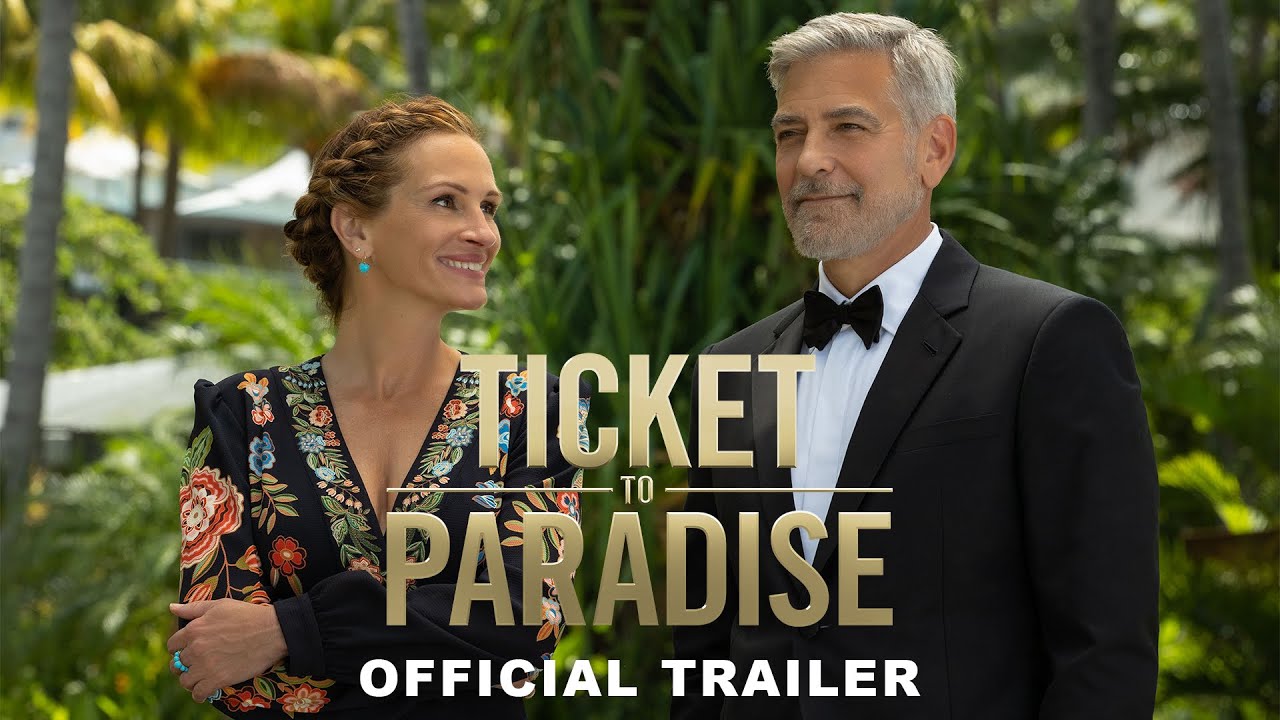 It appears that the hit romantic comedy Ticket to Paradise, starring Julia Roberts and George Clooney, is now available on streaming for those who missed its theatrical or on-demand release.

When their college graduate daughter plans to marry a man she just met, a divorced couple who cannot resist taking cheap digs at each other must fly to Bali and present a united front in order to prevent their daughter from doing something they believe she will regret.

If you can’t wait to see Roberts return to the romantic comedy genre, here’s all you need to know to watch Ticket to Paradise:

WHERE TO VIEW THE MOVIE TICKET TO PARADISE:

The film Ticket to Paradise, which was released in theaters on October 21, is now available to stream on Peacock, some 45 days after its theatrical debut.

Additionally, it can be rented or purchased on digital platforms such as Vudu, YouTube, Amazon, and Apple. The film will also be available on Blu-rayTM and DVD for purchase. December 13, 2022.

WILL TICKET TO PARADISE BE AVAILABLE ON HBO MAX?

Since Ticket to Paradise is not a Warner Bros. film, it will not air on HBO Max. Previously, the firm released their films on HBO Max and in theaters on the same day. They have now discontinued this practice and enforced a 45-day gap between the theatrical and streaming releases.

WILL TICKET TO PARADISE BE ON NETFLIX?

No, Ticket to Paradise will not be available on Netflix, at least not in the near future, as it will head directly to Peacock following its theatrical release. You will have to wait till it becomes available on the streaming platform operated by NBCUniversal.