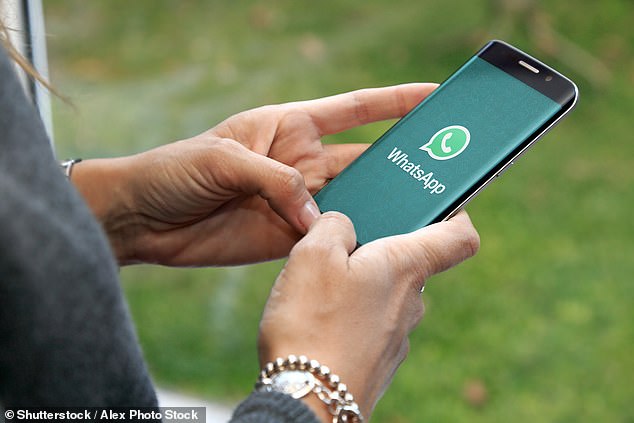 After December 31, anyone with outdated iPhone and Android phones will be unable to access WhatsApp without upgrading.

WhatsApp will discontinue support for 49 mobile phone models, including the iPhone 5 and 5c, as well as a number of Huawei, LG, and Samsung handsets.

In the new year, WhatsApp will no longer function on millions of mobile devices.

However, WhatsApp will notify users of certain devices before it ceases functioning.

WhatsApp stated, “Devices and software evolve often, so we regularly analyze and upgrade the operating systems we support.”

These devices may also lack the most recent security upgrades or the necessary capabilities to operate WhatsApp.

To choose what to quit supporting, we, like other technology businesses, evaluate which devices and software are the oldest and have the smallest user base each year.

If your handset is unable to operate the upgraded software, you will want a newer phone.

WhatApp stopped functioning on iOS 11 and earlier iPhones in October.

WhatsApp stated, “To stay up with the latest technological advancements, we routinely stop supporting older operating systems in order to direct our resources into maintaining the newest ones.”

In November, WhatsApp introduced a new feature called ‘Message Yourself’, which, as the name implies, allows you to send yourself reminders, notes, and updates.

This feature allows you to initiate a 1:1 discussion with yourself within the WhatsApp app for Android and iPhone.

According to WhatsApp, it lets users keep track of their to-do lists and send themselves notes, reminders, and shopping lists.

To upgrade the iPhone’s operating system, navigate to the ‘general’ settings and tap’software update’

Prior to that, WhatsApp introduced a new function called Communities, which allows you to send messages to many groups simultaneously.

The application enables users to group many group conversations under one topic and share updates with all of them.

It improves groups by supporting sub-groups, numerous threads, announcement channels, and other features.

If you’re contemplating deleting WhatsApp, you’ll be pleased to learn that there are other alternatives available.

With over 400 million users, Telegram is one of the most popular alternatives to WhatsApp.

While it has a similar appearance to WhatsApp, what sets it distinct is the option to enable messages to delete themselves after a specified amount of time, leaving no trace.

Telegram does not offer end-to-end encryption by default, thus it is not necessarily more secure than WhatsApp, according to a WhatsApp spokeswoman.

Signal is one of the most secure messaging apps due to its open-source nature.

This indicates that the app’s source code is accessible to the public, making it nearly hard for the app’s authors to install backdoors that would allow governments or hackers to snoop on your chats.

If you own an iPhone, you may wish to switch to iMessage, Apple’s messaging application.

Among the app’s notable features are no character restrictions, the ability to transmit photos and videos, and, of course, Animoji, Apple’s animated emoji feature.

Unfortunately, iMessage is exclusive to iPhone users, therefore it will be difficult to communicate with Android users.

This app replaces your default SMS app and integrates with all of Google’s apps and services, making it simple to exchange photographs or use Google Assistant.

If you avoided WhatsApp due to its data sharing with Facebook, Facebook Messenger may not be the ideal alternative.

However, the application provides a variety of useful functions, including as games, private talks, and video calls.