Skip to content
Home » News » All News » What would happen if the planet Earth stops rotating on its axis and continues in its orbit around the Sun?

If the Earth lost its rotational inertia and stopped spinning on its axis (something that would take an almost indescribable amount of energy to do), the end result would not be the total cessation of any rotation, but rather the tidal locking of the Earth to the sun, just as the moon is tidally locked to the Earth.

Due to the gravitational influence of the sun, the Earth with no rotational energy will be forced to rotate at the same period as our orbit, meaning that one full rotation would take a year and one side of the Earth would be in permanent sunlight, and the other side in permanent darkness.

This is not an ideal situation for any inhabitants that may be on the planet at the time, as it means that the sunlit side would be exposed to a constant 120 degC and the dark side would be at minus 120 degC.

This would result in the seas literally boiling on the sunlit side, and freezing solid on the dark side. There would be a ring around the planet at the effective solar horizon that would have a habitable temperature range, since it would be in eternal twilight. 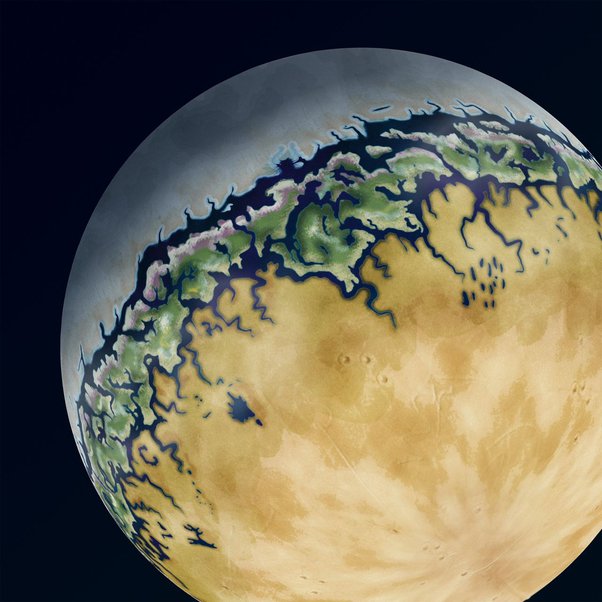 The huge difference in temperatures between the sunlit and dark hemispheres would result in the migration of all the surface water from the hot side towards the cold, with precipitation at the twilight zone tending to run back towards the hot side.

This then establishes a working hydrologic cycle that might enable life to hang on in these areas, so such a scenario is not necessarily the end of life on Earth, although the available habitat is greatly diminished.