Skip to content
Go Home «» News «» Breaking News «» What Time Does Episode 2 of ‘The Last of Us’ Premiere on HBO and HBO Max? 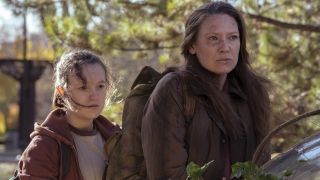 If The Last of Us’ harrowing debut left you craving more emotional suffering, then you’ve found your new addiction. The adaptation by Neil Druckmann and Craig Mazin returns for its second episode this week on HBO and HBO Max. This week it is time to increase the terror.

Based on the 2013 video game of the same name by Naughty Dog, The Last of Us is set in a world devastated by the Cordyceps brain illness, which is essentially a zombie apocalypse with more fungi. Joel (Pedro Pascal), a shattered man tasked with defending Ellie (Bella Ramsey), the only person known to be resistant to this sickness, stands in the center of this new world order. Collectively, they have a chance to save the world, but they must first live. Gather your flashlight and Kleenex. Here’s all you need to know to watch Episode 2 of The Last of Us.

When does the second episode of The Last of Us premiere on HBO and HBO Max?

Sundays are now your designated day for survival thrills. Sunday, January 22nd, the second episode of The Last of Us premieres on HBO and HBO Max. This week’s episode is titled “Infected,” which is the term used in this reality for zombie-like monsters. With any luck, this scary title will indicate a Clicker match.

When does the second episode of The Last of Us premiere on HBO and HBO Max?

Are you still an HBO subscriber through your cable provider? Great. Simply make sure your television is tuned to HBO on or before Sunday, January 22 at 9 p.m./8 p.m. Central Time to view this week’s show. The same login and password can also be used to access HBO Max, allowing you to watch The Last of Us on most platforms.

If you subscribe to HBO through HBO Max, you must remember the same date and time. The premium cable network simultaneously releases its debuts on its linear channels and digital applications, so you never miss a minute. But what if Episode 2 is not immediately available? Try not to be anxious. Refresh your browser or the HBO Max app to find the episode. Occasionally, loading takes only a few of minutes.

Is There a Trailer for Episode 2 of The Last of Us?

Not precisely, but HBO has provided a preview of what’s to come in the coming weeks. If you thought the premiere was tense, wait until you see this. This glimpse into our streaming futures depicts two of The Last of Us’ most prevalent infected: human-like Runners and fungi-covered Clickers. There’s also a glimpse of a Bloater, one of the games’ most heavily afflicted enemies. Just keep in mind that killing is a tremendous pain.

Riley (Storm Reid), Bill (Nick Offerman), Frank (Murray Bartlett), Kathleen (Melanie Lynskey), Tommy (Gabriel Luna), Henry (Lamar Johnson), and Sam are also featured in this clip (Keivonn Woodard). You know if you know. If not, get ready for one of the best TV casts to make you cry. Check it out in the video above.

»What Time Does Episode 2 of ‘The Last of Us’ Premiere on HBO and HBO Max?«