Skip to content
Home » News » Science News » What are the most depressing things about space exploration? 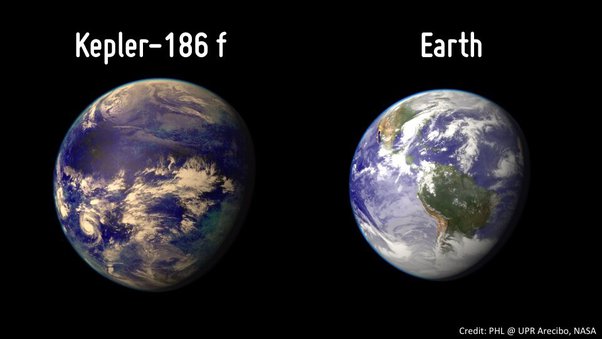 This is Kepler-186f, the first planet with a radius similar to Earth to be discovered in the habitable zone of another star.

The discovery of Kepler-186f demonstrates that there are Earth-like planets in habitable zones. But being over 550 light-years away, Kepler-186f is too far for current telescope or the next generation of planned telescopes to determine further details about the planet (which implies that the picture above is just an artistic representation). More specific information about the planet’s habitability is yet to be found, and based on the current technology, we cannot realistically expect any breakthrough in the foreseeable future.

My childhood interest in astronomy has made me an agnostic atheist. While I do not believe in the existence of deity, it seems to me the universe lies and will always lie beyond the grasp of any intellectuals on earth, and the universe is just supposed to remain a mystery to the lives on earth.

As a kid, while I marveled at the incredible observations by so many scientists of all times and the greatness of human minds, I was also appalled at how insignificant and transient human lives were on a grand scale. The sun in the sky, more than a million times bigger than the planet we are living on, is only one of the 300 billion in the Milky Way Galaxy, which is only one of billions of galaxies in the universe. In addition, multiverse theory proponents say there may even be multiple universes.

Just as many questions — how life started on Earth, how mind works, and what the nature of time and consciousness is — philosophers and scientists have been grappling with for thousands of years, the universe is so inherently and profoundly complex that it will forever elude human understanding. Maybe the universe is meant to exist in a way that would never be understood completely.

It is depressing to think that there are hard limits in human beings, and nothing demonstrates this better than space exploration.