Skip to content
Go Home «» News «» Breaking News «» ‘What a buzz it was,’ says a man who pays to eat bread on a giant screen in Times Square 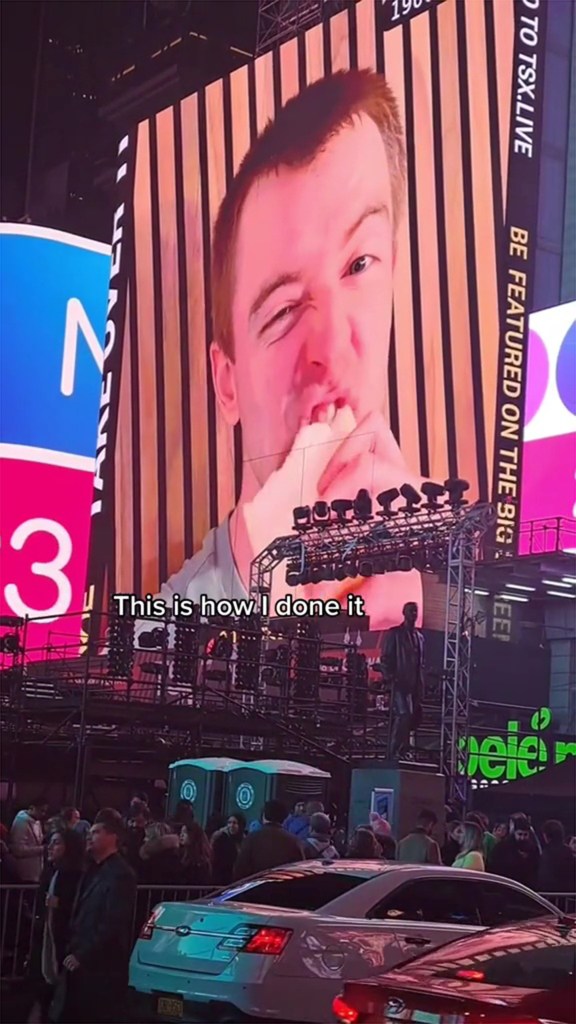 After paying to have a video of him eating bread displayed in Times Square, a Scotsman is generating significant buzz online. On TikTok, footage of his carb-laden 15 minutes of fame currently has nearly 170,000 views.

According to his Instagram, Dowling discovered an app called TSX that allows users to “pay to play a 15-second video at Times Square.”

“My fiancé and I are hooked with watching live city cameras, and we always monitor the Times Square camera,” stated the TikTok star also known as Dazza. “I leaped at the opportunity when I spotted the advertisement for ‘taking over Times Square.'”

He also stated, “I’ve never downloaded an app that quickly.”

Then, Dowling asked his Instagram followers what he should film himself doing; one of them recommended eating bread, which he deemed the “winning” suggestion.

After paying $40 for the time slot, the Scot used social media to find someone in New York City to video his location at the world’s most famous tourist attraction. Eventually, he met a man named Ryan, who “waited in Times Square for forty minutes to acquire the right place, while I prepared myself to view the live cams.”

Dowling is seen in the resulting footage wearing a plain green T-shirt and eating bread while smiling at the Times Square crowds from a jumbotron. The camera then switches to the influence-seeker laughing as he views himself on the large screen.

At one moment, the videographer Ryan quips, “The first friendly face I see in New York is Dazza eating a sandwich.”

The TikTok commentariat was in giggles over the absurd prank, with one gawker stating, “$40 well spent, if you ask me.”

“I want to do it myself because it’s so funny,” said another.

Another person said, “Why do I sense this will become a trend?” Dazza responded, “Glad to be in the forefront of it haha.”

Dowling described the event as “extremely legendary” in retrospect, adding that he wonders what the Times Square crowds “would have thought.”

»‘What a buzz it was,’ says a man who pays to eat bread on a giant screen in Times Square«