On Friday, Arizona started hauling shipping containers to seal a 1,000-foot breach in the border wall near the southern Arizona agricultural hamlet of Yuma, with authorities claiming they were acting to deter migrants despite the Biden administration’s repeated, unmet pledges to shut off the region.

‘Arizona has had enough,’ tweeted Doug Ducey, the state’s Republican governor running for re-election in November.

We can’t keep waiting much longer. The Biden administration’s failure to prioritize border security is a breach of duty.’

The Yuma sector of the border, which is 126 miles long, has experienced a nearly 300 percent spike in ‘border contacts,’ or migrants apprehended by Customs and Border Protection officials, this year compared to the same time period in 2021. 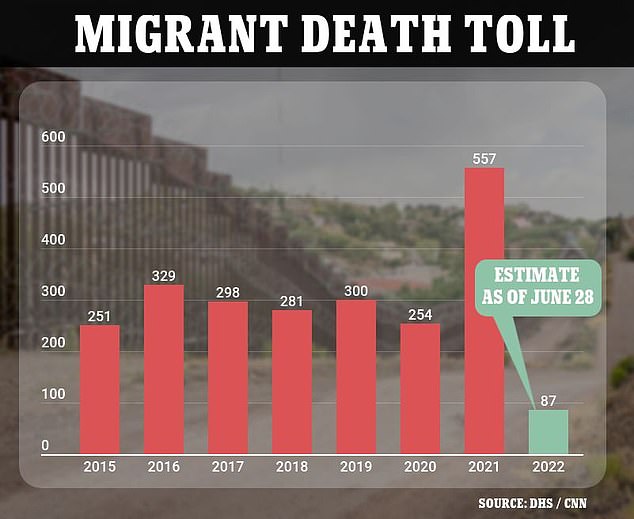 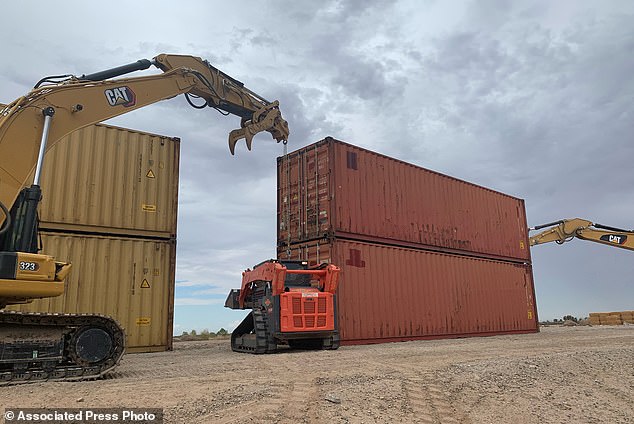 The increase is the largest in any of the nine sectors, with two in California, two in Arizona, one in New Mexico and Texas, and four in Texas alone. 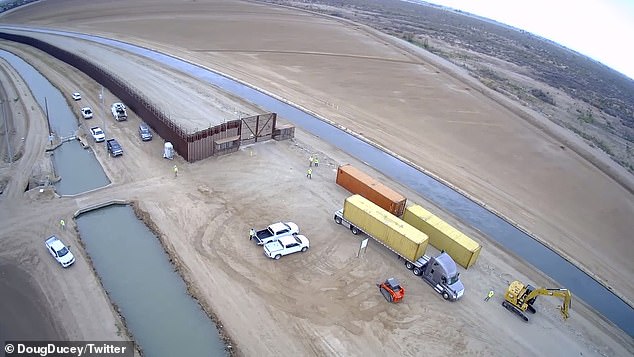 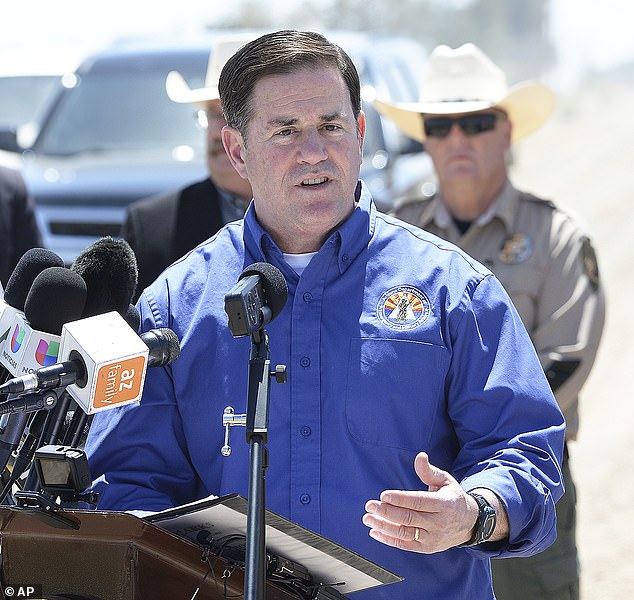 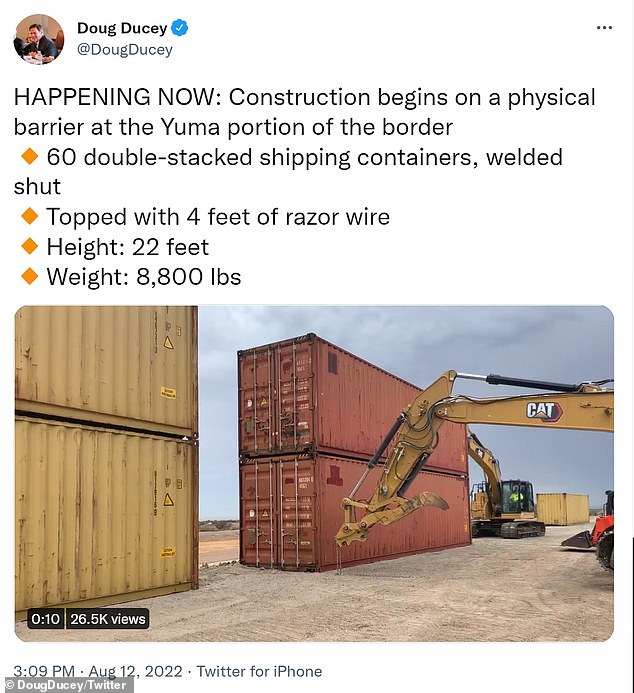 Yuma has had the third most overall ‘encounters’ this year, after only the Del Rio and Rio Grande areas in Texas.

Ducey said that his state attempted unsuccessfully to persuade the White House to do more. Arizona has made every effort over the previous two years to cooperate with Washington to solve the border situation,’ he said.

‘We’ve stepped in time and time again to clean up their mess.

‘Arizonans can no longer wait for the federal government to keep its postponed promises.’

Arizona’s move comes without specific authorization on federal territory, with state contractors beginning to carry in 60-foot-long shipping containers early Friday, stacking two of the 9-foot-tall containers on top of each other.

They expect to finish the operation in a few days, and the containers will be topped with four feet of razor wire, according to Katie Ratlief, deputy chief of staff to Republican Governor Doug Ducey.

In the following weeks, the state intends to replace three 3,000-foot breaches in the border wall built under former President Donald Trump’s reign.

Ducey launched the initiative in May and has said that everyone on the bus tours is travelling to the capital on their own will, with ultimate destinations in East Coast locations.

Texas is also busing migrants to the East, and the mayors of New York and Washington requested federal assistance to cope with the surge last month.

Republicans gleefully responded to their request, saying the petitions show the United States is in an immigration crisis.

According to the governor’s office, as of August 11, Arizona has transported 1,425 asylum claimants to Washington.

Ducey is allocating $6 million for the project from the $335 million allocated by the Legislature in June to build virtual or physical barrier along the border with Mexico.

In an election year, Ducey, who co-chairs the Republican Governors Association, and other Republican leaders have used border security as a powerful political foil.

Late last month, the Biden Administration announced that it has approved the construction of the Trump-funded US-Mexico border wall in Yuma. They intended to plug four large holes in the region, which has become one of the main arteries for illegal crossings.

Officials in Arizona claimed they had no idea why there was a gap between the three holes they discovered and the federal government’s preparations.

During his campaign, Biden promised to stop any further wall building, but the government subsequently consented to certain barriers, citing safety concerns.

The Department of Homeland Security intended to repair four large cracks in the wall near Yuma in order to better safeguard migrants who may fall down a hill or drown while traveling across a low area of the Colorado River.

Arizona cites an increase in the number of migrants entering the state and drug smuggling as a primary cause for their move.

From January to June, agents halted more than 160,000 migrants in the Yuma area, virtually quadrupling the number from the same period last year.

Despite the federal agreement to plug the holes, Arizona authorities stated no action had been done to do so.

The federal government seems to have placed the project out to bid this week, but it might take weeks or months to complete.

Foster, Ducey’s senior counsel, said that the governor has opted to proceed even if the federal government protests later.

‘During this time, we’re narrowing that gap, and we’ll work out the ramifications as we go,’ Foster said at a press conference.