Skip to content
Go Home «» News «» Breaking News «» We are fruit-only nudists; our body odor is gone and our eyesight has improved 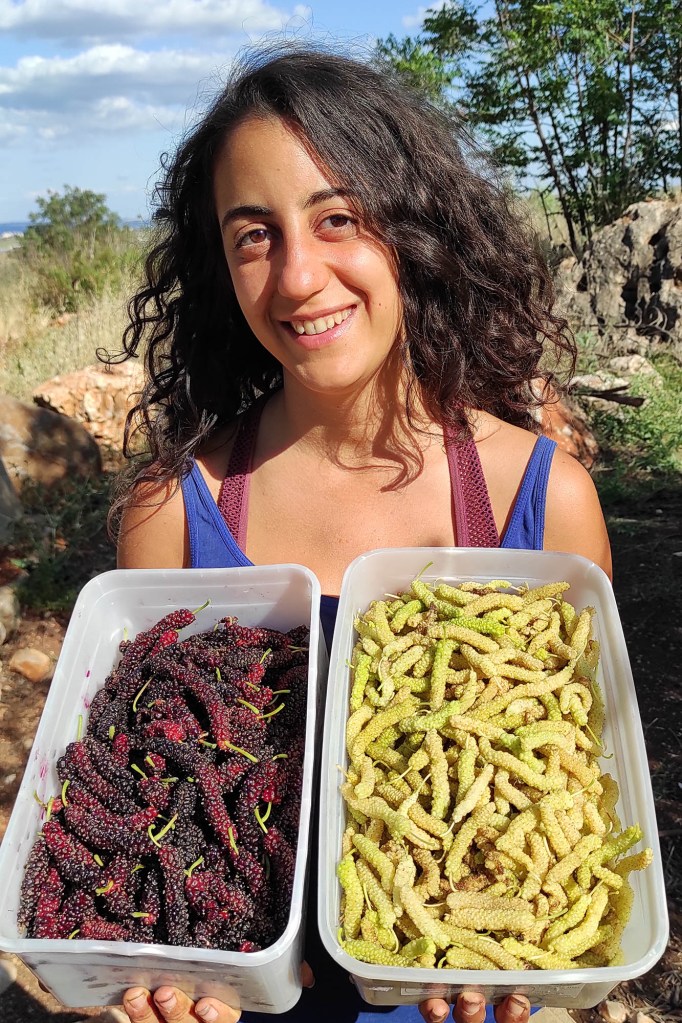 For this fruitarian couple, life is simply a bowl of cherries.

Ayelet Alfasia and Dima Gaysinski swear by the fruitarian diet, which consists solely of fruits and vegetables with occasional nuts and seeds, to the extent that they claim their vision has improved, they no longer have cavities in their teeth, and they have no body odor despite bathing infrequently.

In fact, the Israeli naturalists vowed not to use anything unnatural, including soap; to embrace a nudist lifestyle whenever possible; to consume only fruit, leaves, and nuts that they picked themselves — “Simplicity is the key” — and to drink only water from clean streams and fountains, which are considered to be cleaner and healthier than tap water or mineral water.

Alfasia, 23 years old, stated that the health advantages of their lifestyle have proven more beneficial than eating for pleasure alone.

Ayelet Alfasia, 23 years old, stated that her life has improved since adopting the “lifestyle.”

“Some people may view it as restricted, monotonous, or simply insufficiently variety, but as we grew accustomed to it, we recognized that it was always good, intriguing, and colorful,” she added. “Eating primarily fresh fruits seemed appropriate.”

The pair, who moved to an ecological farm that grows mangos, asserts that becoming fruitarians has increased their energy and enthusiasm, prevented bloating and digestive issues, accelerated the healing of injuries, and eradicated body odor and bad breath.

Alfasia and Gaysinski utilize only natural items, such as soap, live a nudist lifestyle whenever possible, and consume only fruit, leaves, and nuts that they have harvested themselves.

Alfasia told Media Drum, “Everything we do is basically intended to be as natural as possible.” “Simple food, simple attire, simple conversation, and a simple lifestyle. We do not require much.”

Gaysinski, who once followed a vegan diet, asserts that his eyesight has vastly improved and that he seldom wears glasses now, despite having worn prescription lenses since he was 16 years old.

It has had a significant impact on our health, Alfasia stated. “Some cavities started to heal and seal. Injuries heal more quickly and effectively. We feel light, even after consuming enormous quantities. We no longer feel fatigued, sluggish, foggy, or bloated as we did after eating prepared foods. No digestive issues whatsoever.”

Despite the fact that they no longer use soap — Gaysinski claimed he only washes his hands a few times a year, while Alfasia stopped using body wash and hand soap three years ago — they reported that their body odor has “disappeared.”

“We started to appreciate our odor more,” she continued.

After becoming a fruitarian, Alfasia’s appearance changed, and others took note. Her friends noticed that she was smiling more and inquired as to what had changed in her life.

She stated that her fruitarian investigation began when she “accidentally” stumbled into a Facebook page advocating the “lifestyle.”

“I read several articles about this diet, and the explanations made sense — keeping it simple and consuming items in their natural state,” said Alfasia, a former vegan.

She said that it is “unnecessary for individuals to spend so much time dealing with their food — preparing it, washing mounds of dishes, and traveling to restaurants” when they could just “grab fruit that is already perfect and ready to eat.”

The pair said that they no longer have body odor.

She stated, “Today, people eat because food gives them joy, because of traditions and holidays, family activities, and social gatherings.” Over time, eating inappropriate meals and eating for the wrong reasons is detrimental.

However, explaining the tight diet to her family, who feared she was jeopardizing her health, was a challenge. The Cleveland Clinic considers the fruitarian diet “one of the most restricted diets available” and “hazardous” and does not promote or encourage it.

In August, the couple moved to a mango-growing ecological farm.

“However, being a fruitarian is more than simply what we eat; it’s a way of life,” Alfasia noted. It entails paying close attention to our body and having a strong connection to our essence.

In addition to eating, they choose everyday happiness, according to Alfasia, which includes “avoiding behaviors or activities that cause you to pain or squander your time”

They also live a “naturalist existence,” which entails as much nakedness as possible and defiance of society’s views on nudism.

Gaysinski reported an improvement in his vision.

“We remove as much clothing as possible,” remarked Alfasia.

“For others, it may appear strange, but for us, it is strange to cover and conceal our bodies. After all, humans and other animals are born naked, and none of them have anything to be embarrassed about.”

»We are fruit-only nudists; our body odor is gone and our eyesight has improved«