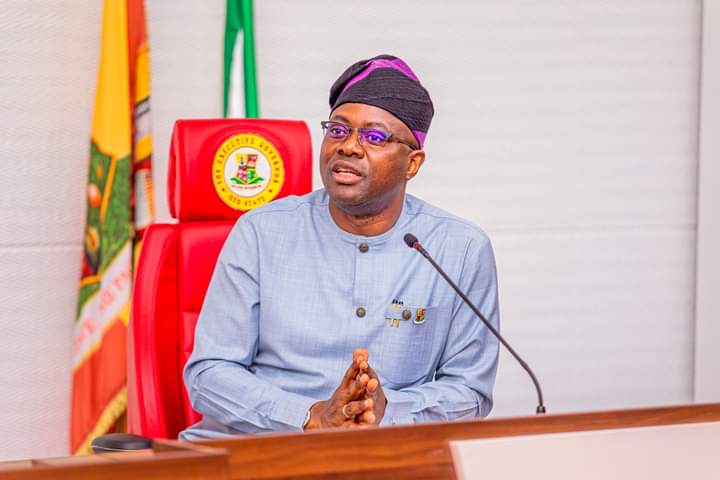 The governor stated on a Splash 105.5 FM show, State Affairs, hosted by Edmond Obilo, that his government is resolved to recover every kobo of the state’s resources that were stolen by some members of the state’s immediate former administration of the All Progressives Congress (APC).

Governor Makinde stated that his government was able to bring about a turnaround in the state’s infrastructure and other vital areas by closing loopholes and wasting resources.

A statement by the Chief Press Secretary to the governor, Mr. Taiwo Adisa, quoted the governor as saying that his government is on the track of some chieftains of the APC in the state, who used a certain company to siphon between N12 and N15 Billion of Oyo State’s money.

He added that the government would go after them and retrieve the looted funds for the people of Oyo State.

He maintained that his administration took the bold step of plugging every hole through which the state’s funds could be siphoned, adding that: “Without blocking loopholes, we could not have been where we are today.”

He further stated: “First, we did verification for the workers and ghost workers, ghost pensioners were removed from the payroll. They were there before we came in but we decided that, as an administration, we would not spend our time on chasing shadows.”

Giving an example of how such loopholes bled the state in billions during the immediate past APC government, the governor revealed how about N8 Billion Paris Club refund was siphoned within eleven months.

He said: “Let me give you an example – when I came in, I looked at how some monies were spent and I believed it was Paris Club refund they moved, which was about N7 Billion to N8 Billion to OYSROMA. “This is an agency that operates normally on a budget of about N40 Million to N45 Million every month but this money came in around November 2017, and in early 2018, they started spending the money.

“When we came in, we discovered they finished spending the money within one year on nothing. They stole the money and I know those behind the stealing and I am also after them right now.

“There is a company called Chinese Global. They said they are Chinese people but we know the people behind it. The company has been shut down as we speak.

“I asked the General Manager in charge of OYSROMA and said, look, your budget is N44 Million every month and, in a year, it is less than N500 Million. Did you employ new people? He said no. Did you give out contracts? He said no. But how were you able to spend about N7 Billion in eleven months without employing new people?

“But he said the company supplied asphalt. And I said if the company did, was the asphalt used to repair roads without employing new people and giving out contracts? He said the money was moved from OYSROMA to Chinese Global and two other companies without any supply from the companies.

“As a result of that, I wrote to EFCC and reported the matter about what we are facing here. “Chinese Global is also the company they awarded the Bembo-Apata road contract to, and the same company got the Ido-Eruwa project. But I said to them, ‘guys, you have Oyo State money with you. Go ahead and use the money to finish up the roads and they promised to do it.

“But as soon as former Governor Abiola Ajimobi passed on, they reneged on all those projects. “And I said, fine, for me, as long as you have Oyo State money with you, I will get it back and I am still saying it again that I will get back the money for our state.

“The money is in excess of N12 Billion to N15 Billion. Those who stole it are not Chinese but from Oyo State. “We know them, and very soon, wherever they have investment or property in the world, I will go after them and collect this money for our state.

“This is a promise I made and I am not saying it outside of what I have discussed directly with the people involved. Oyo State’s money will come back. Those who stole the money are the members of the APC who were in the government then.”