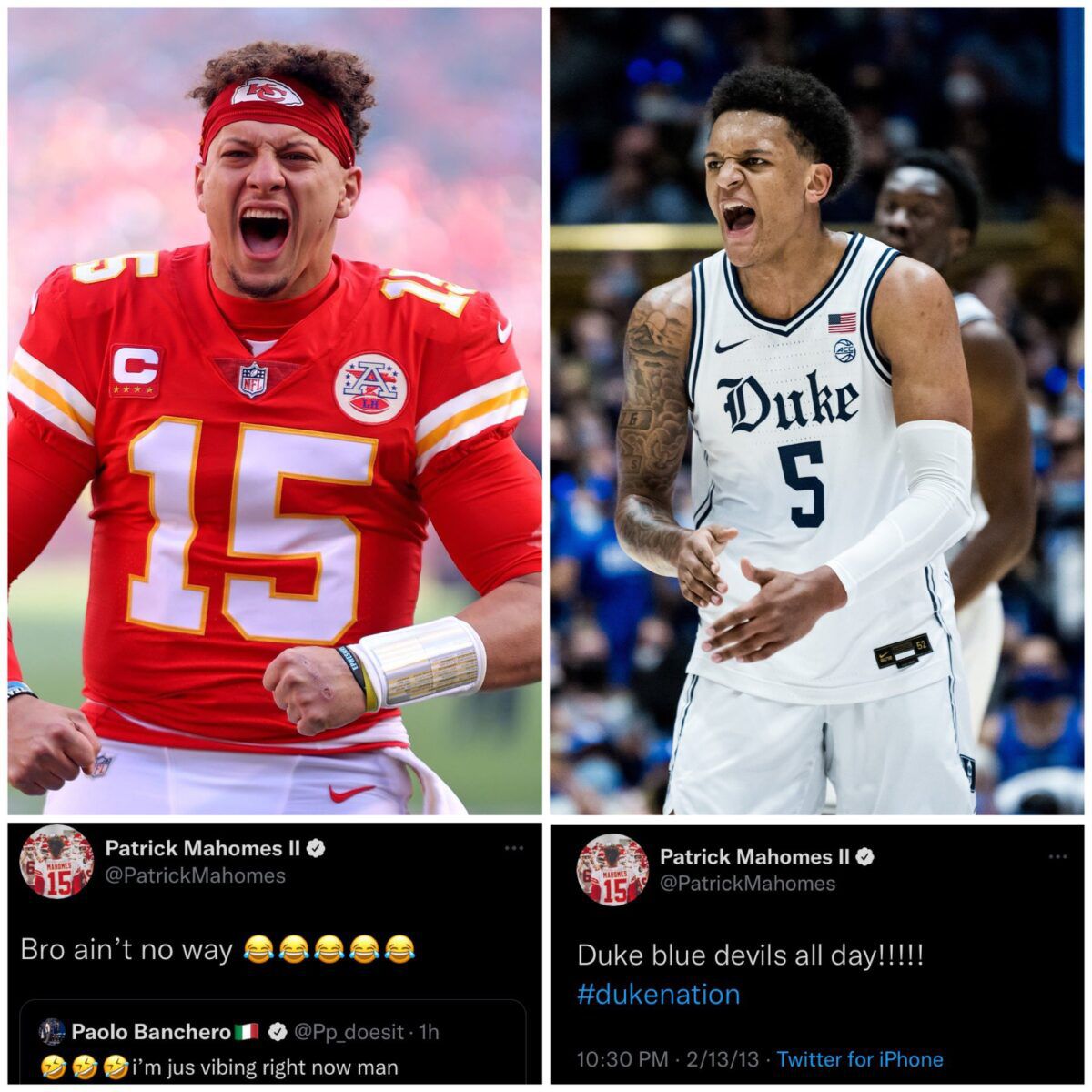 Sky Sports’ Martin Brundle had a moment to forget as he comically mixed up NFL star quarterback Patrick Mahomes with a 19-year-old college basketball player at Sunday’s Miami Grand Prix.

He is well known for grid walks preceding Formula One races, interviewing drivers and team bosses, but the inaugural race in Miami on Sunday attracted a host of high-profile names.

According to the Mail Online, Brundle, who has been covering F1 since 1997, ended up confusing 2020 Super Bowl champion and Kansas City Chiefs quarterback Mahomes with Duke basketball star and NBA hopeful Paolo Banchero.

Luckily the pair appear to have seen the funny side.

Martin Brundle spoke to several A-list celebrities ahead of the race which was ultimately won by Red Bull’s Max Verstappen, including former First Lady Michelle Obama, David Beckham, Venus and Serena Williams, DJ Khaled and Pharrell Williams, among several others.

Brundle thought he had spotted into another household name in Mahomes, after chasing after him and yelling out ‘Patrick’.

He eventually managed to reach his target, asking him about the atmosphere at the event, which was attended by around 250 000 fans.

At that point, Brundle was told through his ear-piece that he had made an honest mistake and was actually interviewing Banchero.

‘It’s not Patrick, that’s why he ignored me,’ a bemused Brundle told a Sky Sports cameraman who was following him through the throngs of people on the starting grid.

‘What is your name, sir?’ Martin Brundle then asked, before apologising: ‘Well I thought I was talking to somebody else, I’m sorry about that.’

Although it remains unclear if Mahomes knew of the interaction before the tweet was shared, he reacted by adding: ‘Bro ain’t no way,’ followed by four laughing emojis.

Banchero is an Italian-American basketball player, who played college basketball for the Duke Blue Devils during the 2021/22 season.

Martin Brundle himself took to Twitter after the race to write: “There’s a reason why I’ve never watched back an F1 gridwalk in a quarter of a century of doing them. You have no idea how much I dislike doing them but somehow those crazy moments have defined my professional career. Oh well, that’s the way it is.”

RESULTS FROM THE MIAMI GRAND PRIX ON SUNDAY, THE FIFTH ROUND OF THE 2022 FORMULA ONE WORLD CHAMPIONSHIP: