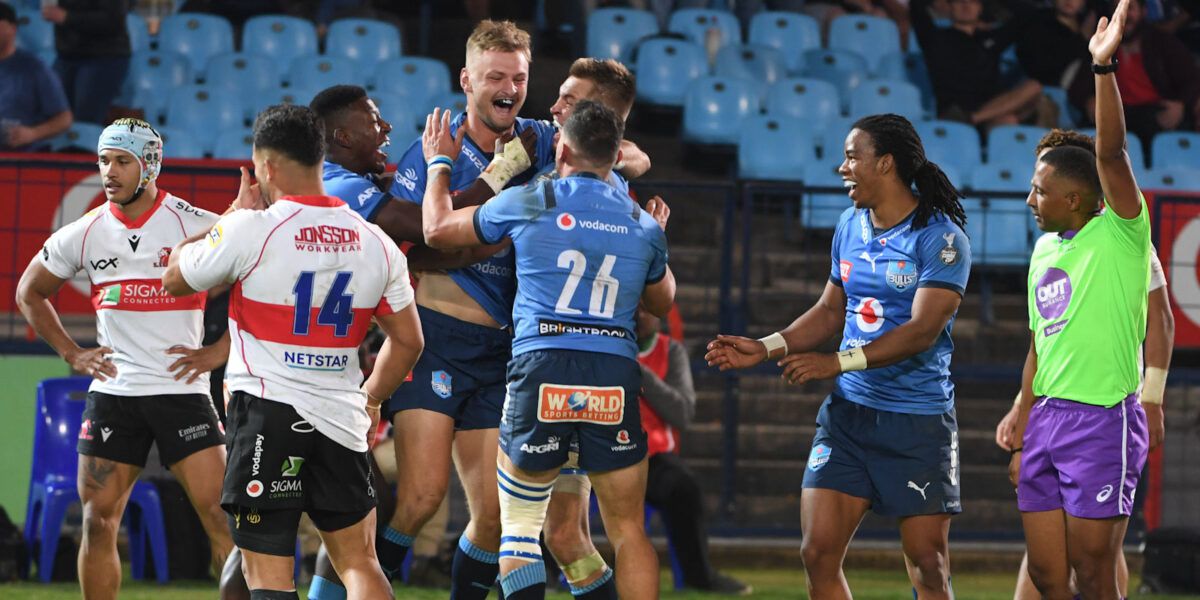 The Bulls won’t score an easier try than the one which sealed victory in their pulsating Jukskei derby against the Lions.

A shocking in-goal pass from former Bulls man Burger Odendaal gifted the home side a full house of points.

The defending champions and hosts went into the halftime break with a 35-17 advantage following some sparkling attacking rugby which produced five converted tries. Their Gauteng neighbours crossed the line twice and also slotted a penalty goal.

However, a dramatic second half produced some exciting attacking rugby, lots of powerful scrums – especially from the visiting side – and brave defence from the home team.

Before that shocking try, the Lions roared back to within one point of the home side (38-37) to once more come within touching distance of registering that elusive first win of the 2022 campaign. But much like in their two previous two games, the Joburg outfit paid the price for making a slow start.

The result leaves the Vodacom Bulls in first spot on the league table with 42 points from 10 ten games, followed by the Toyota Cheetahs on 41 points from their nine-game unbeaten run.

Gert Smal’s team raced into a 21-7 lead after just 20 minutes thanks to three well executed tries.

Skipper Lizo Gqoboka was the first one over the line when he was on hand to receive a tap-and-go pass from five meters out. The Jozi outfit showed great tenacity to hit back with a try of their own through Ruben Schoeman (lock), and when Jordan Hendrikse (flyhalf) added the extras, the scores were once more even at 7-all.

Then followed a great passage of play for Light blue jerseys as they dominated territory and possession to score two more impressive, converted tries.

Experienced former Springbok hooker Bismarck du Plessis crashed over next to the upright after some powerful pick-and-goes, while he was followed over the whitewash by left wing David Kriel when he finished a clever lineout set-piece move.