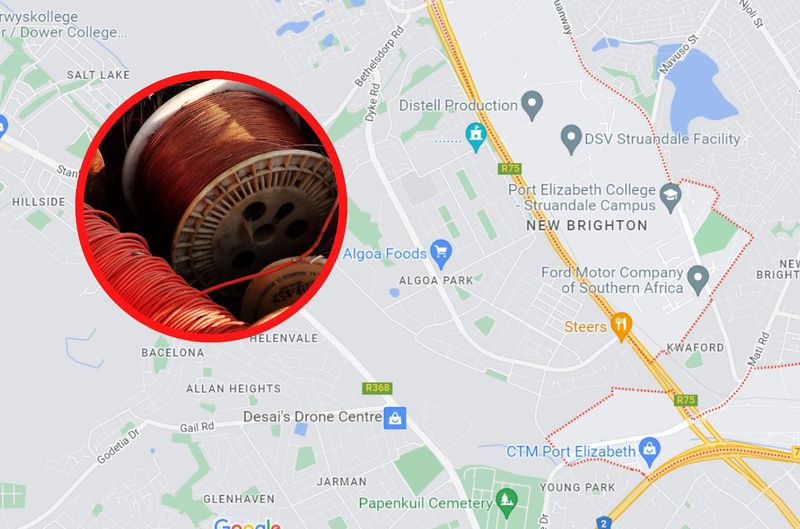 The police have warned scrap metal traders and anyone purchasing copper cables illegally that they would be detained, punished, and their enterprises will be shut down.

Numerous economic and socioeconomic strains are caused by the theft and destruction of ferrous and non-ferrous metals, which continue to endanger vital sectors.

The theft of R1 million worth of copper cables from an electrical substation prompted this warning.

The theft occurred in Struandale in the afternoon of Tuesday, January 17, 2023.

According to reports, the two security officers on duty at the substation were held at gunpoint.

At 13:45, three suspects arrived in a white LDV bakkie. They wore reflective jackets and bound the security guards.

They were eventually joined by five additional suspects.

The electrical wire was unearthed and loaded into the bakkie.

The police are investigating a commercial robbery.

“These damages and theft constitute economic sabotage; consequently, we will make every effort to track down, arrest, and convict the perpetrators. We call to the communities to submit information on criminals who steal from or meddle with infrastructure, as well as those who cause harm to it,” stated Ncata.