Labor MP for the NSW upper house Walt Secord will not run in the March 2023 election, having resigned from the opposition’s shadow ministry in the wake of bullying charges.

In a statement, he stated, “After consultations with my wife, friends, and supporters, I have chosen not to pursue a second term.”

I will continue to support and work for the Labor party.

On Monday, Mr. Secord resigned as spokesman for police, counter-terrorism, the arts, and the North Coast region of New South Wales from the shadow ministry of the opposition. 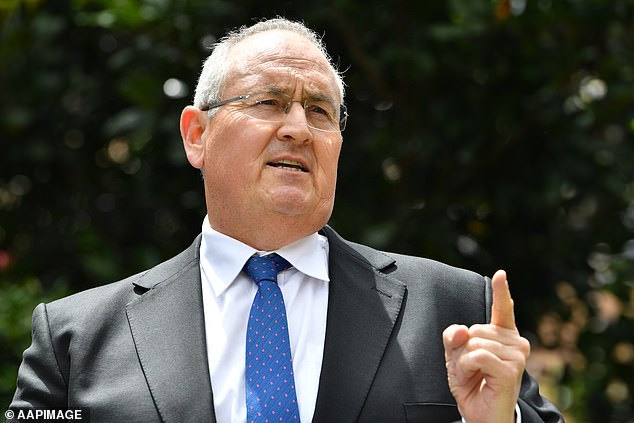 On Friday, following the release of a long-awaited study on sexual harassment and bullying in the NSW parliament, he was accused of bullying.

Opposition Leader Chris Minns, who had served as Mr. Secord’s junior staff member and as a shadow minister alongside him, stated that he had never noticed any inappropriate behavior.

Monday, he continued, “But you know, I respect that other individuals might have different ties with him and various situations and experiences.”

Mr. Secord apologized, admitting he could be too harsh and forthright in a fast-paced work environment.

Last week, he added, “If any legislative staff members feel my conduct in the workplace was unprofessional, caused offense or distress, and was improper, I sincerely apologize.”

Mr. Secord entered the upper chamber in 2011, filling a seat left by former Labor minister Eddie Obeid, who was imprisoned in 2016 for misconduct in public office.

Previously, he served as the chief of staff for former premier Kristina Keneally.

Mr. Secord expressed pride in his contributions to the public life of New South Wales on Friday.

“My legislative record includes efforts to improve health and education standards, support for business, jobs, and the economy, support for social justice measures, animal welfare, and, most recently, the prohibition of Nazi symbols,” he explained.

CEO Darren Bark and president David Ossip of the NSW Jewish Board of Deputies stated that Mr. Secord was a staunch and dedicated friend to the Jewish community and other faith and multicultural communities.

They stated in a joint statement, “Walt’s hard effort across various portfolios over the years has made our state a better place.”