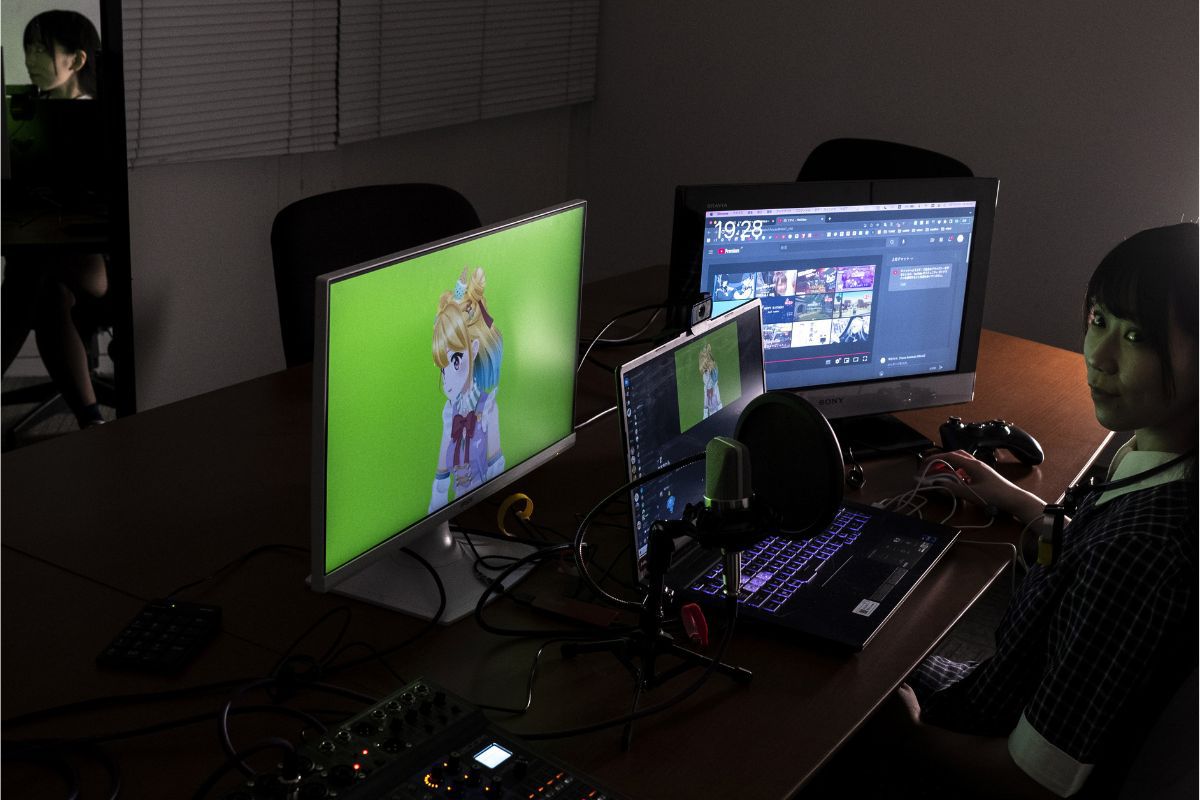 Mayu Iizuka sheds her soft-spoken personality and starts cackling, screaming and waving wildly in a makeshift studio in Tokyo as her avatar appears on a livestream before hundreds of fans.

Virtual YouTubers like Iizuka, who voices and animates a character called Yume Kotobuki, have transformed a niche Japanese subculture into a thriving industry where top accounts can rake in more than a million dollars a year.

The videos are designed to make fans feel they are interacting directly with their favourite animated idols – with viewers sometimes paying hundreds of dollars to have a single comment highlighted on a livestream.

“When I’m playing video games on my channel and succeed at something, my fans congratulate me” and pay tips “as a way to show their support and appreciation”, Iizuka told AFP.

The 26-year-old uses a laptop, webcam and a motion sensor worn around her neck to appear on screen as Yume, whose facial expressions are controlled by a producer.

Since emerging about five years ago, the VTuber world has grown quickly, with about 16 000 active streamers globally, according to data firm User Local, and growing fanbases on other platforms like TikTok and gaming site Twitch.

Regional governments in Japan have used them for promotion, and The Batman stars Robert Pattinson and Zoe Kravitz even gave a recent interview to a top Japanese VTuber.

VTubers generate money in ways similar to traditional livestreamers, including through YouTube’s “Super Chat” system, where the more a fan shells out, the more attention is drawn to their comments.

In fact, the world’s nine top-earning YouTube accounts for “Super Chat” last year were all VTubers.

All nine are affiliated with one Tokyo-based talent agency, and each earned between $700 000 (R11.2 million) and $1.7 million (R27.3 million) from the cash gifts, according to data analysis site Playboard.

Most fans spend only a few hundred yen (R16) per comment, but the most dedicated sometimes splurge 50 000 yen (R6 427) to post impassioned missives to their virtual idols.

Kazuma Murakami, a 30-year-old car parts inspector, has been known to spend 10 000 yen (R1 230) to get his comments highlighted in red and seen by his favourite VTuber.

Another VTuber fan, who asked to be identified only by his first name, Kazumi, has adorned his tiny one-room apartment near Tokyo with posters, framed pictures and keyrings featuring his favourite character, Mio Ookami.

The 30-year-old computer engineer spends time after work and on weekends immersing himself in Mio’s videos and crafting digital illustrations of the black-haired “wolf girl”.

“I dedicate five, or maybe 10 hours to thinking just about her,” he said.

That devotion, and the willingness of fans to pay big money, is linked to the way other fan subcultures function in Japan, said Noriyuki Nagamatsu, a digital business specialist at advertising firm DA Consortium.

“Super Chat is essentially an extension of a longstanding culture where idol and anime fans try to support their ‘oshi’, or favourite, by splurging on their merchandise,” he told AFP.

“It’s also a way of winning attention from their beloved and feeling superior to fellow fans.”

THE BLURRED LINE BETWEEN VIRTUAL AND REAL FOR VTUBERS

VTubers usually keep the person behind the character – often referred to as their “soul” – out of the picture, and like many fans, Kazumi says his love is directed towards Mio the avatar, not whoever plays her.

But the line between virtual and real can become blurred.

A Japanese court recently ruled in favour of a VTuber actor who argued that online slander against her character amounted to an attack on her.

Virtual YouTubers can “transcend gender, age or physique… but what’s important is that there’s a real person there who is speaking and reads the comments in real life,” said Kazuhito Ozawa, the plaintiff’s lawyer.

For Lizuka, a professional voice actress, making the rare decision to reveal her identity after four years of making videos as Yume was nerve-wracking.

“Part of me was afraid that fans of Yume, who has these big, shiny eyes and a perfect belly, might be disappointed to find out what the ‘real’ person inside looks like,” she said.

But “so far the response from fans has been very kind”.

And the more outspoken, vivacious personality of Yume’s virtual self is even gradually rubbing off on Lizuka, she said.

“I used to baulk at speaking publicly, but Yume is such an experienced livestreamer that my identity as her has been helping me speak more confidently.”