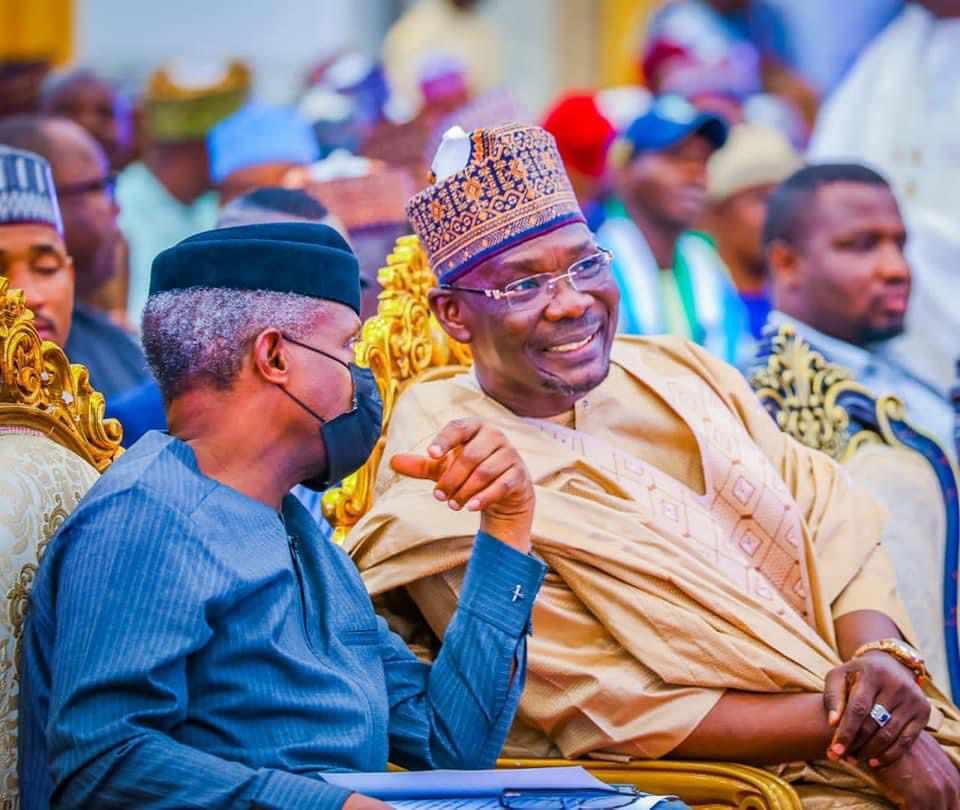 Vice President, Professor Yemi Osinbajo has commended Nasarawa State Governor, Abdullahi Sule for his vision and unshaken political will, to industrialise the state.

The Vice President made the commendation while delivering his keynote address during the two-day Nasarawa Investment Summit 2022 opening ceremony in Lafia the state capital.

While acknowledging the theme of the summit, “Nasarawa Diamond in the Rough”, Osinbajo noted that Nasarawa State has tremendous potential, especially in agriculture and mining that would however require polishing to shine.

He equally identified the state’s proximity to the FCT as another potential for the generation of internal revenue from the personal income tax of workers residing in Nasarawa State but working in Abuja.

The Vice President attributed the success of the event to the vision and unequivocal political will of Engineer Sule and his team.

“This is crucial and we have seen that demonstrated in the clarity of vision and the determination to get things done. The Governor has cast a vision early in the life of the administration in the following words, ‘To re-engineer Nasarawa State for rapid industrialisation’,” he stated.

The Vice President particularly noted that the central billing system dramatically boosted the IGR of the state from N12.48bn in 2020 to N20.8bn in 2022, despite the outbreak of the coronavirus pandemic, while Nasarawa State remains one of the few states that saw the need to enact its procurement act.

He also applauded the reforms in land administration in the state, which make land acquisition faster and serves as encouragement to investors.