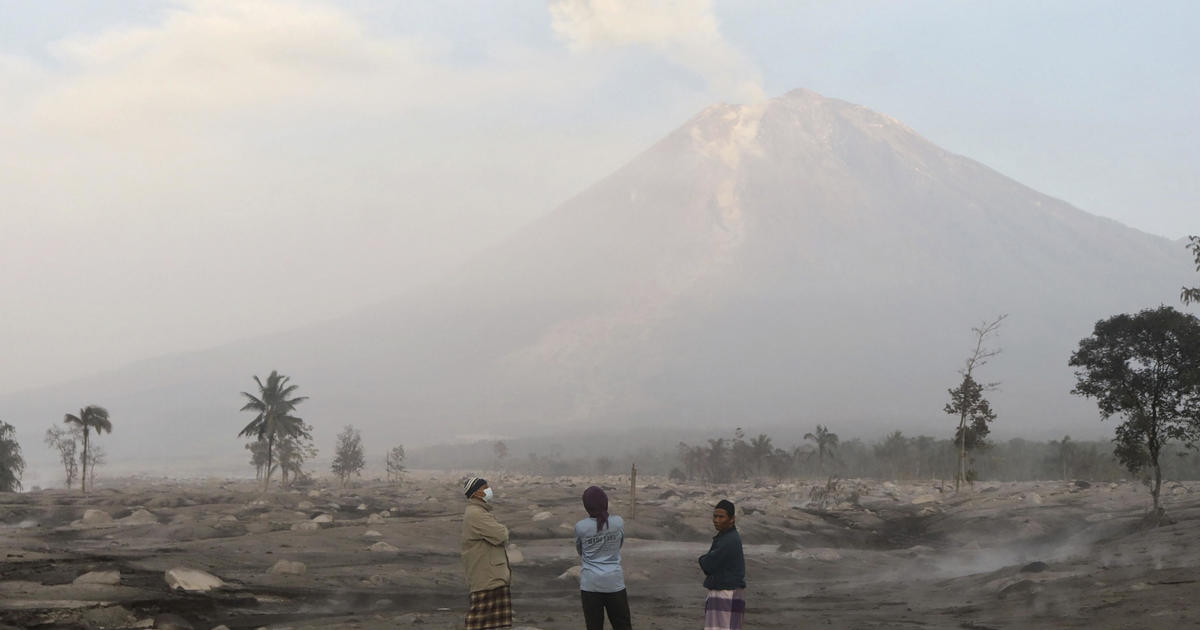 On December 5, 2022, villagers in the Kajar Kuning hamlet of Lumajang, East Java, Indonesia, stand on a volcanic ash-covered landscape with Mount Semeru in the backdrop. Imanuel Yoga/AP

Lumajang, Indonesia — Monday, more people were evacuated from adjacent communities following the eruption of Indonesia’s Mount Semeru, with officials warning of the threat posed by cooling lava despite the volcano’s decreased activity. On Sunday morning, the tallest peak on the country’s main island of Java erupted, prompting more than 2,400 residents to flee their homes and seek refuge in eleven evacuation shelters.

Sunday, the government’s alert status about the risk posed by the volcano was elevated to its highest degree. Prior to this, it had reached its second-highest point since the last big eruption occurred on December 4, 2021.

The eruption last year resulted in the deaths of 51 individuals, the destruction of more than 5,000 dwellings, and the displacement of approximately 10,000 people.

Abdul Muhari, a spokesperson for Indonesia’s disaster mitigation agency, told local television that the military, police, local disaster and village authorities are evacuating residents from Curah Kobokan, where a hot ash cloud and cool lava might move. The total number of evacuees to date is 2,489.

Officials have declared a state of emergency for the next two weeks, and officials are distributing free masks to guard against ash in the air and establishing public meals for evacuees.

According to an AFP journalist, on Monday morning, scores of evacuees in the Lumajang district, where Semeru is situated, returned to their ash-covered homes to recover valuables before returning to shelters.

As the volcano blasted ash in the backdrop, some people herded animals while others hauled items like TVs and refrigerators.

“Concerns include commercial activity such as sand mining. We want to ensure that the path along which the hot ash cloud and cool lava may move is absolutely devoid of activity “he stated.

Several of the casualties of last year’s eruption were sand miners working on the volcano’s steep slopes.

Semeru, also known as Mahameru, has erupted often over the past few of centuries, but like many of the other 128 monitored active volcanoes in Indonesia, its verdant slopes are home to tens of thousands of people who live on the excellent soil it offers for agriculture.

Indonesia, an archipelago nation home to more than 270 million people, is situated on the “Ring of Fire” in the Pacific, where the collision of tectonic plates generates significant volcanic and seismic activity.

The principal volcanoes of the Pacific “Ring of Fire” are labeled on a map of the region.