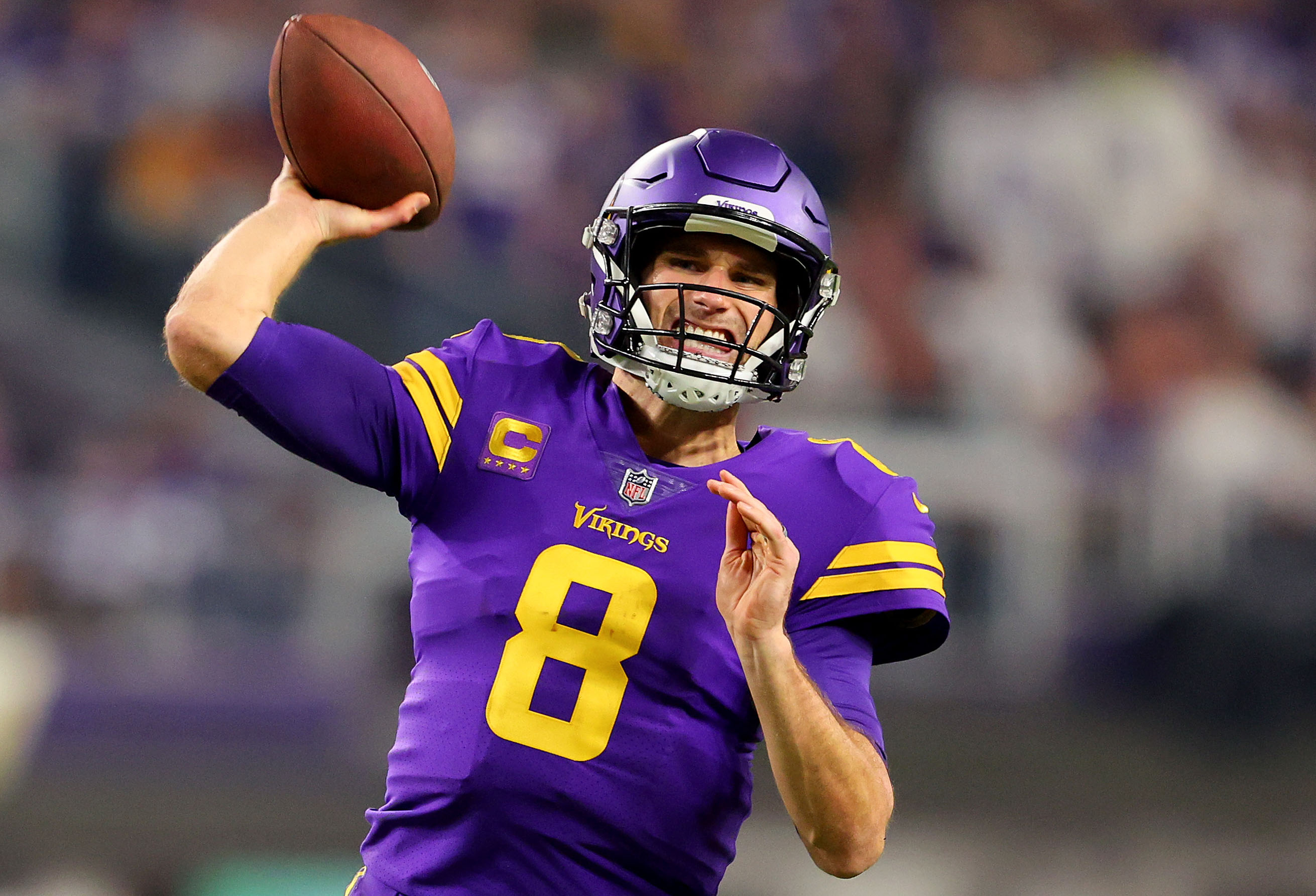 Statistical analysis reveals that the Vikings are living on borrowed time.

Will Minnesota’s reckless lifestyle catch up with it?

The Vikings (10-2) have won their last nine games by a single possession. Their most recent victory was a 27-22 thriller over the Jets, in which Braxton Berrios dropped a game-winning touchdown ball with less than a minute remaining.

With the exception of its 23-7 victory over the Packers, Minnesota’s average margin of victory in its other nine triumphs has been only 5.2 points.

Right tackle Brian O’Neill told reporters this week, “We’re familiar in these scenarios.” “Ideally, you want to win by a larger margin. But let’s be honest, we’ll be in similar situations in the future, and if we can handle them with maturity and maintain a laser-like focus, we’ll be alright.”

Nonetheless, the data seem odd. Despite having the second-best record in the league (10-2), the Vikings have outscored their opponents by only 10 points and have been outgained by 63 yards per game on average.

The oddsmakers do not believe in the Vikings, as evidenced by their 1.5-point underdog status. According to the Action Network, this is the first occasion since 2004 that a club with its starting quarterback with a winning percentage of 80 percent or above is an underdog against a team with a losing record in December or later.

A win or tie versus the Lions and the Vikings would secure the NFC North division title for the first time since 2017 despite the skepticism of non-believers.

They have won nine of their last ten games, beginning with a 28-24 comeback victory over the Minnesota Lions. Their only two defeats have come at the hands of two of the league’s best teams: the Eagles (11-0) and the Cowboys (9-3).

While the Vikings are competing for the division title, the Lions are fighting for a postseason berth. They will enter the contest having won four of their last five games to position themselves as a potential wild card contender.

Lions quarterback Jared Goff stated, “We have a chance if we win.” “We do not, and we likely do not.”

This week, Campbell stated, “Knowing that you have a chance definitely adds a little extra flare to everything.” Importantly, we feel like we’re playing really excellent football because we’re doing things a certain way, which has boosted the confidence of the players.

Campbell is still irritated by the error he acknowledged committing in Week 3 against the Vikings when he attempted a 54-yard , goal with 1:14 remaining and Minnesota out of timeouts.

This week, Campbell stated, “Of course it burns.” “It will remain there until the day I die. That’s not going to go away.”

Cousins, a native of Michigan who attended Michigan State, has been dominant in his four starts for the Vikings at Ford Field. He has completed 73% of his throws for 1,336 yards, 12 touchdowns, and no interceptions, resulting in a passer rating of 129.9.

“I always like returning to the state in which I grew up and seeing folks wearing green and white [his alma mater’s colors] and similar attire.”

Last week in the Lions’ 40-17 demolition of the Jaguars, Goff completed a season-high 31 passes for 340 yards and two touchdowns without throwing an interception. In 11 consecutive home games, Goff has thrown at least one touchdown pass, the third-longest current streak in the NFL.

The Lions’ deal to acquire Jared Goff from the Los Angeles Rams in exchange for quarterback Matthew Stafford, which was criticized at the time, doesn’t appear so bad anymore.

Jeff Okudah, the Lions’ cornerback, kept Vikings great receiver Justin Jefferson to a career-low 14 yards and three receptions in the previous matchup, limiting him to a lifetime low.

T.J. Hockenson caught a touchdown pass from the Lions during the teams’ previous meeting. Since being traded to the Vikings at the trade deadline, he has 30 receptions for 225 yards and one touchdown in five games.

The Vikings have defeated the Lions in nine of the last ten meetings. In Week 13 of last season, Goff threw an 11-yard touchdown throw to Amon-Ra St. Brown on the final play of the game, giving the Lions a 29-27 victory — their first under Campbell.

»Vikings hope to continue their winning recipe against the Lions«