Skip to content
Go Home «» News «» World News «» Vicky Phelan, who fought against cervical cancer, passed away at the age of 48 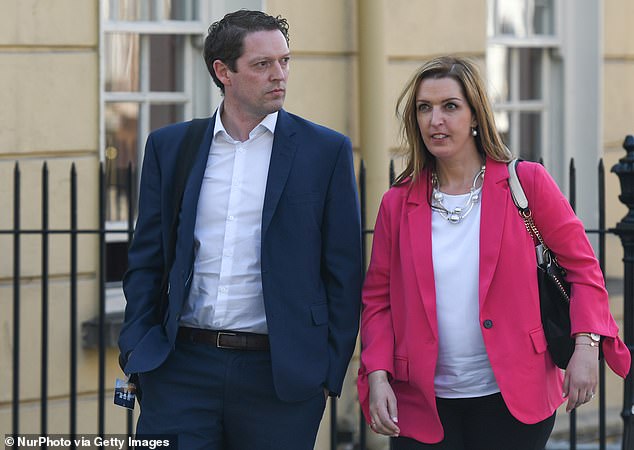 Vicky Phelan, an Irish cervical cancer activist, died today at the age of 48 after uncovering one of the largest medical scandals in modern history.

The Limerick mother of two made national news after initiating a High Court lawsuit on how her cervical smears were handled, which ultimately spurred a series of reforms of CervicalCheck, Ireland’s cervical cancer screening program.

Despite being diagnosed with terminal cervical cancer in 2014, Ms. Phelan persistently advocated for improved healthcare and accountability within the healthcare system.

Her instance spurred additional women to come forward and raised concerns about the program’s quality, how women should be involved and educated about their own healthcare, and the topic of open disclosure.

She passed away yesterday morning at Milford Hospice in Limerick, leaving behind her 16-year-old daughter Amelia, 11-year-old son Darragh, and husband Jim.

In 2011, Ms. Phelan, a native of Mooncoin, County Kilkenny, got her first screening test for cervical cancer. Vicky was diagnosed with cervical cancer in 2014, despite the fact that her test results revealed no abnormalities, and a subsequent internal investigation by CervicalCheck revealed that her initial diagnosis was wrong. She was not made aware of this conclusion until 2017.

Clinical Pathology Laboratories, the US laboratory that evaluated Irish smear findings, was sued by Ms. Phelan, and the matter was resolved for €2.5 million.

Taoiseach Micheal Martin praised Ms. Phelan, describing her as “a woman of great courage and character.”

He stated on RTE Radio that this is extremely terrible news. I believe she was a woman of tremendous courage and integrity who advocated for the women of Ireland, as well as women worldwide.’

His condolences were expressed to her family.

‘I think in the history of this country, her actions, in particular her refusal to sign a confidentiality agreement at that time and her statement on the steps of the High Court, will be remembered as an example of someone who stood up against the system and the normal conventions of actions and so on to say ‘no, I’m not signing that, I want this revealed in the public interest’ and she stood up for the public interest,’ he added.

This story is breaking news. More to come

»Vicky Phelan, who fought against cervical cancer, passed away at the age of 48«