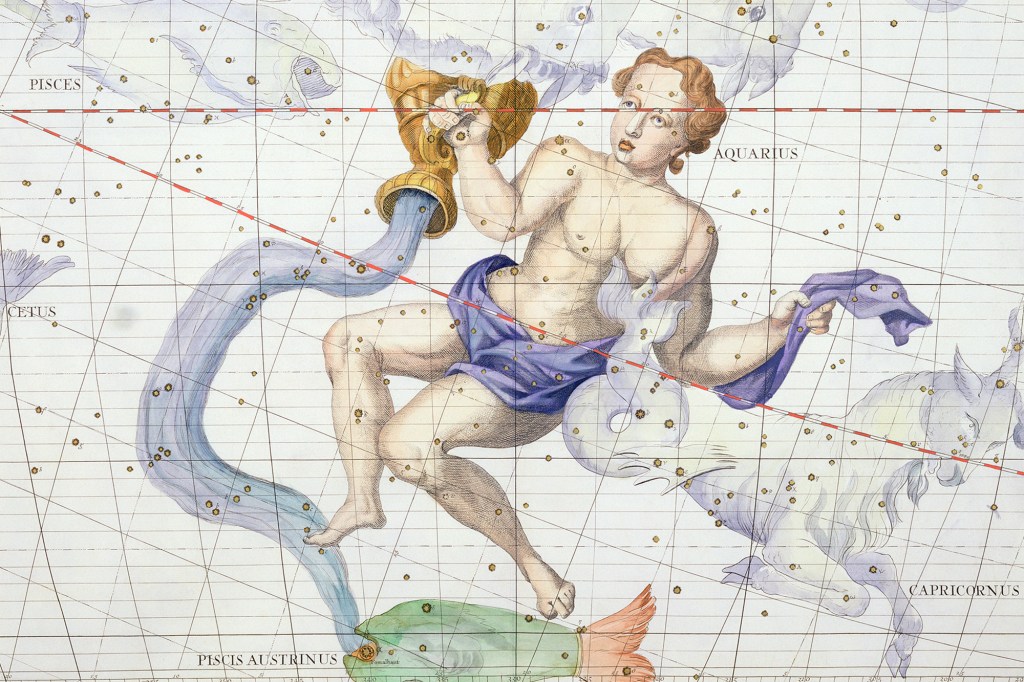 From January 2 to January 26, 2023, Venus, the planet of love, beauty, aesthetics, and attraction, will be in Aquarius, the sign of the space helmet as a fashion accessory and a professional need.

Aquarius, a fixed air sign, is governed by the rebellious Uranus and the stern Saturn, who imbue it with power and a defiant sense of independence. Briefly and generally, Aquarius cannot help but be themselves.

Its sign lives, thinks, and loves contrary to the norm, and during this transit, the impact of this energy encourages us to not just accept, but embrace our differences. Due to the fact that Venus is the planet of love and Aquarius is the sign of independence, this transit provides the opportunity, and for some, the great struggle, to love people freely and without regard for convention. Aquarius reminds us that independence is not an obstacle to closeness, but rather its foundation.

Aquarius rules the eleventh house of community, and this transit boosts the likelihood of making romantic or otherwise meaningful relationships through shared friends and acquaintances. Keep in mind that this is not a particularly sensual moment for Venus. As an air sign, Aquarius is more concerned with the mental than the physical, thus the emphasis is on firing synapses as opposed to blazing loins, although one can lead to the other.

This can be a wonderful time for those in committed partnerships to logically discuss goals and take a logical inventory of their union. Aquarius, like Capricorn, is ruled by Saturn, and the Aquarian archetype may be every bit as devoted as a sea goat if given the opportunity to express itself uninhibitedly in a secure environment. If you give them license to be odd, they will not wander.

Let’s gather but maintain an emotional distance.
Aquarius rules the eleventh house of community, thus you may meet your ideal partner through a common acquaintance.
Getty Pictures

Aquarius is considered the zodiac’s humanitarian. Nonetheless, this differentiation does not equal to a mushy, indulgent, MDMA-tinged form of love for their fellow man. This feels more like a Pisces feeling. Rather, water bearers have a profound affection for the group and a profound yearning to keep individuals at a distance. Venus in Aquarius desires to buy the world a Coke but would like not to sit next to anyone when they consume it.

Consequently, water bearers are recognized for their emotional detachment, which can make them appear as chilly, unapproachable, ivory tower-dwelling aliens, but teaches the rest of us a valuable lesson about love, objectivity, and independence. In fact, while a water carrier is carrying, love and friendship become a little more relaxed.

A person with Venus in Aquarius has a social circle similar to the island of misfit toys. This Venus embraces the odd, frolics in the unfamiliar, and licks the feet of the eccentric. We may celebrate this spirit of inclusive inquiry by embracing unorthodox relationships and the most peculiar strangers. Susto’s “Friends, Lovers, Ex-Lovers, Whatever” is recommended listening.

Venus in Aquarius reminds us that independence is not an obstacle to connection, but rather its foundation.

During this transit, the greatest present we can give ourselves is an Aquarian approach to self-love. Audre Lorde said, “Caring for myself is not self-indulgence; it is self-preservation, and that is political combat.” May you first and foremost love yourself fiercely, and may this love serve as the pattern for how you treat others. Let love flow freely and liberty rule.

Astronomy 101: An Introduction to the Stars

Astrologer Reda Wigle investigates celestial alignments and their effects on each zodiac sign, then provides sarcastic reports. Her horoscopes incorporate elements of history, poetry, popular culture, and individual experience. She is also a skilled writer who has interviewed a number of artists and entertainers and written extensively about her travel adventures. She has written about graveyard etiquette, her affection for dive bars, Cuban Airbnbs, a “ladies guide” to strip clubs, and the “weirdest” meals accessible abroad.

»Venus in Aquarius: Make friends with outcasts and learn to embrace your uniqueness«