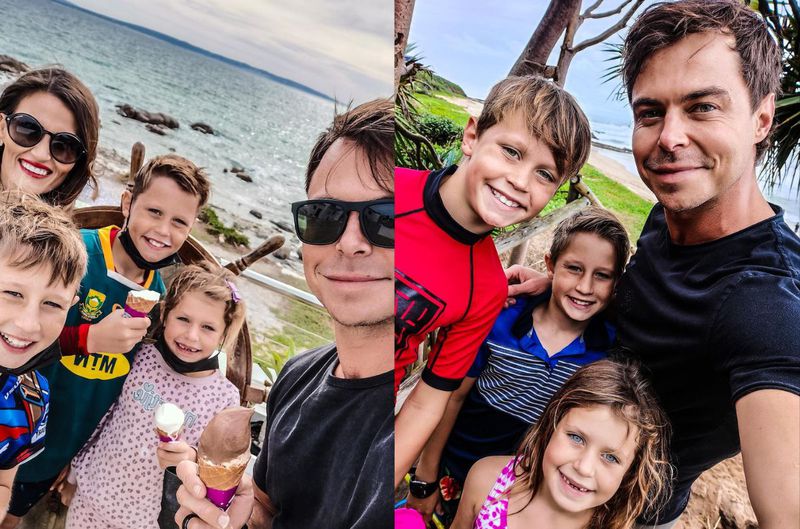 Bobby Van Jaarsveld, a celebrated actor, musician, and broadcaster from South Africa, enjoyed a holiday with his wonderful family in December.

The Liefling – Die Movie actor captured the journey as it began in Ballito, moved to Sodwana Bay, and finally arrived in Mozambique just before leaving the country.

BRATS DOLLS AND BIRTHDAY WISHES AT THE BEACH
The My Alles hitmaker began by wishing his son a happy 10th birthday in Ballito.

The Afrikaans singer said, “What a handsome boy,” along with a photo of him.

“CHOOSE YOU AGAIN AND AGAIN”: MOZAMBIQUE’S ANNIVERSARY
Along with taking part in holiday activities, Jaarsveld and his stunning wife Anna also traveled to commemorate their anniversary.

According to the description of one of the presenter’s Instagram images from Mozambique, the married pair first connected in high school and have been together ever since.

The appreciative message stated that as they marked their 13th anniversary,

Today marks 12 years of wedlock. And we have been together since grade 11 until now. I won’t pretend that it was simple, but the fact that we can laugh together as we stand here in each other’s arms shows that we have weathered many storms.

Even if he might not always show it, Van Jaarsveld stated he had the utmost regard for his wife and that he admired many aspects of her. He lauded Anna for being a superb mother and the ideal partner.