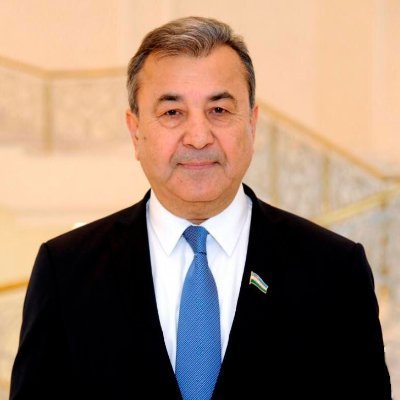 Firstly, Uzbekistan’s presidential elections, held in 2021, created completely new conditions for domestic political development and the implementation of foreign policy tasks. The main result of the elections is high political activity among the populace and their support of the renewed domestic and foreign policy pursued under President Mirziyoyev’s leadership. The elections have become a factor in uniting society and ensuring the stable development of the country.

Secondly, the past election campaign has clearly shown that, over the past five years Uzbekistan, has undergone fundamental changes in the country‘s development model. People have become more engaged and responsible. Today, the principles of liberalization, freedom of speech and press, openness and transparency are consistently strengthened.

Thirdly, the first stage of modernization, associated with the implementation of priority tasks, has been successfully completed and next stage of reforms will undoubtedly involve more complex, fundamental political and economic reforms.

The development strategy for the next five years is based on the principles of a social market economy, secular democratic state of law, the highest respect for a person’s dignity, and achievement of sustainable environmental development, as is clearly articulated in seven areas.

The first direction is the building of a people’s state through the development of a free civil society. A number of measures are planned to ensure the well-being of every citizen, regardless of his nationality, language and religion. Most of the functions of the state will be transferred from the center to regions served by development of e-government increasing share of e-government services from current 54 percent to 100 percent, and expansion of public services coverage.

The second direction is ensuring justice and the priority of the law — a most fundamental and necessary condition for sustainable development. Therefore, the Development Strategy ensures reliable protection of property rights.

The policy of liberalization of the criminal legislation will be consistently continued. In particular, a program will be developed to form a new image of law enforcement agencies so that they are perceived not as a punitive institution, but as an institution that protects human rights and freedoms.

Thirdly, one of our priority tasks is the development of the national economy, its growth rates at the level of modern requirements.

There are plans to increase GDP per capita by 1.6-fold by 2030, and average income to over $4,000. The industrialization of the country will continue; the volume of industrial production will increase 1.4-fold. The share of the private sector in the banking system, which is a key factor in economic development, will be increased from the current 18 percent to 60 percent. The volume of the stock market will reach $7 billion. To stimulate private entrepreneurship and priority areas, value-added tax will be reduced from the current 15 percent to 12 percent, and income tax in the telecommunications, banking and financial sectors from the current 20 percent to 15 percent.

Regarding environmental problems, it will be possible to increase the energy efficiency of the economy by 20 percent and to reduce emissions of harmful gases into the atmosphere by 10 percent.

There are plans to attract $120 billion to the economy, including $70 billion of foreign investment, and increase exports to $30 billion.

Fourthly, the focus will continue to be on the quality of education, which is the most important factor in the implementation of a fair social policy and the development of human capital.

First of all, the coverage of pre-school education will be expanded to 80 percent from 67 percent. Up to 3 million payments from parents who send their child to non-state kindergartens and schools will be exempt from income tax. Through the implementation of the National School Development Program, an additional 1.2 million places for students will be created in the public education system. In the Republic of Karakalpakstan and the Khorezm region, a system will be introduced for free meals to students in grades 1-4.

Fifth, the development strategy also attaches great importance to the ongoing reforms in the spiritual and educational sphere for the transformation of a healthy worldview and creation into a nationwide movement. One of the important programs is the popularization of reading books and the implementation of the national idea of the “Book-Loving Nation.”

Sixth, today, humanity faces many universal problems and the search for solutions to them is very relevant. It is no coincidence that the foreign policy of the renewed Uzbekistan today is aimed at the uniform development of all areas of international relations.

Over the past years of reforms, in 2017-2021, significant work has been done to form and implement the country‘s updated foreign policy. The essence and content of diplomatic activity have changed radically.

In diplomacy, the environment should be the most important priority. Its essence lies in the promotion of international initiatives and the implementation of multilateral programs for the protection of the environment. The requirement of the time is the formation of effective mechanisms to counter extremism and terrorism, especially its modern manifestations.

One of the important priority areas of Uzbekistan’s foreign policy is the development of relations with the Republic of Korea. South Korea is a long-standing, proven strategic and reliable partner of Uzbekistan, which supports the independence and sovereignty of Uzbekistan, and the consistent and systematic nature of the reforms carried out in the country.

The historic visit of the Uzbekistan President Shavkat Mirziyoyev to Seoul in 2021 opened new horizons for the strategic partnership between our countries.

The seventh direction of the Development Strategy is further strengthening of the power of our armed forces, a reliable guarantee of ensuring peace and security in our country.

A development strategy is a program of practical actions.

Positive results of long-term goals and efforts will not be long in coming. Uzbekistan, as a democratic, sustainable developing country, will continue to strengthen its position in the world community.

——————————-
Sodiq Safoev is first deputy chairman of the Senate Oliy Majlis of the Republic of Uzbekistan. — Ed.