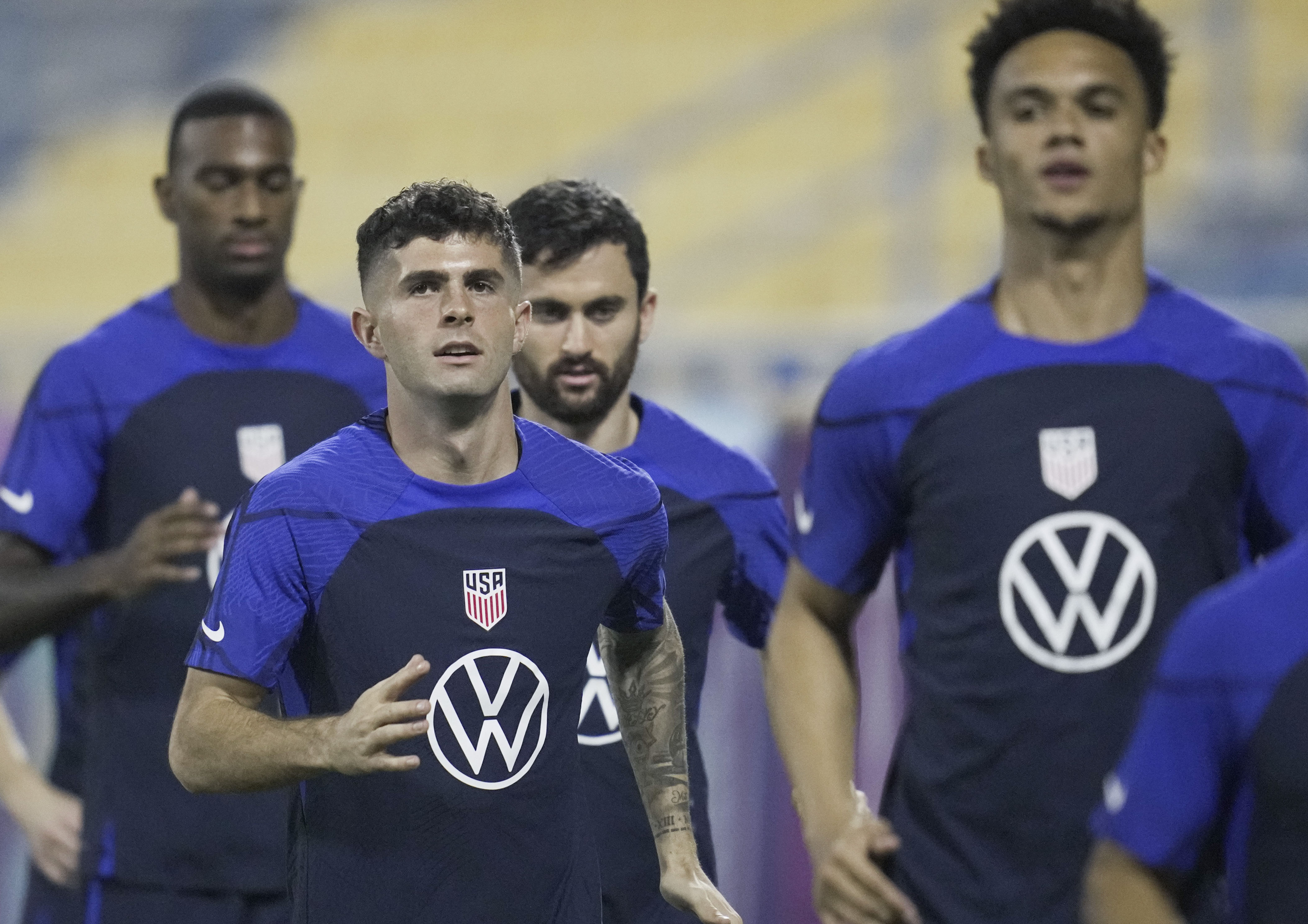 If you are a fan of the NFL’s New York Jets, cheering for the U.S. men’s national soccer team must feel familiar in that they both have a horrible tendency to tease before ultimately letting you down.

This has occurred for more years than you would like to count. Despite the looming prospect of disappointment, hope — no matter how flimsy or illusory it may be — never dies.

Such is the condition of the United States men’s soccer team as it embarks on the 2022 World Cup in Qatar, beginning with Monday’s group-stage opener against Wales.

Eight years have passed without a World Cup match for the United States, who shockingly and strangely failed to qualify for the tournament in 2018. This team is the youngest in the World Cup, with an average age of 25 years and 175 days. Nonetheless, there is tremendous optimism for this squad.

This U.S. team has the advantage of being relatively unburdened by prior defeats. Only one player, 29-year-old right back DeAndre Yedlin, participated in the 2014 World Cup for the United States, coming off the bench in Brazil. And only four current players, Christian Pulisic, Tim Ream, Kellyn Acosta, and DeAndre Yedlin, were on the United States side that did not qualify for the 2018 World Cup.

Yedlin recently told reporters, “We were all rather disappointed about 2018.” This is most obviously a small retribution tour.

This begs the question: how do Americans consider a successful World Cup?

The first part of the answer is fairly straightforward: the United States must advance out of the group stage or this World Cup would be deemed a catastrophic failure.

Just because the United States failed to qualify in 2018, qualifying cannot be considered progress. At least, insufficient development. This squad must proceed to the elimination round. Getting past the Round of 16 or, dare we say, the quarterfinals would be a tremendous accomplishment.

U.S. coach Gregg Berhalter recently stated on the “Men in Blazers” podcast, “This generation has not yet identified itself, and we have the opportunity to begin to identify ourselves at this World Cup.”

The United States must begin its quest to “define” itself with a win versus Wales in their opening Group B match. It will likely take at least four points to get out of the group stage and into the knockout round, and Wales is the weakest of the three opponents facing the United States.

Even four points provide no assurances. In the eight groups of the 2018 World Cup, only two teams advanced with four points, while the second-place finishers in all other groups had five or six points.

In 2014, when the United States advanced to the Round of 16, it finished second to eventual champion Germany and tied with Portugal with four points in the group stage. It advanced based on goal differential, a potentially risky strategy.

In 2010, when the U.S. went through the group stage, it topped the group with five points, finishing ahead of England on goal differential thanks to Landon Donovan’s goal against Algeria in the 91st minute of the last group-stage match.

To get four points, this American club will need at least one victory (three points). The fifth-ranked team in the 32-team tournament is England, thus the 16th-ranked Americans will be major underdogs in their match against England on Friday, the day after Thanksgiving.

Wales is ranked nineteenth in the world, and Iran, the United States’ third and final group opponent on November 29th, is ranked twentieth.

The United States, who played Wales to a 0-0 tie in 2020, will need at least a draw (one point) against Wales on Monday, or it will set itself up for a difficult road ahead against England. The United States would prefer not to enter the Iran match needing to win in order to advance.

The United States has faced Iran only twice, including a crushing defeat in the 1998 World Cup that prevented it from advancing to the knockout round.

Regardless of the outcome against England, wins against Wales and Iran would guarantee one of the top two slots in Group B. That would be an ideal situation for Americans, who will rely on youth to bring them through.

Forward Many consider Giovanni Reyna, the 19-year-old son of the former U.S. captain Claudio Reyna, to be the most skillful player on the team. Brenden Aaronson, a 22-year-old midfielder for Leeds United, is one of several USMNT players on English Premier League teams. Other notable kids include Weston McKennie, who plays for Juventus in Italy, Christian Pulisic (Chelsea), Tyler Adams (Leeds United), and Antonee Robinson, a defender (Fulham). Each is under the age of 25.

People perceive positives and cons in our young team, Robinson stated recently. The majority of this group, though, has been together for four years. When I observe this team, I see so much youthful talent performing so brilliantly on so many different levels and in so many different leagues. I see just hunger, determination, passion, and energy.

“When you get onto that field, your age is irrelevant. I do not believe that anyone feels youthful and inexperienced. People are energized and eager to go.”