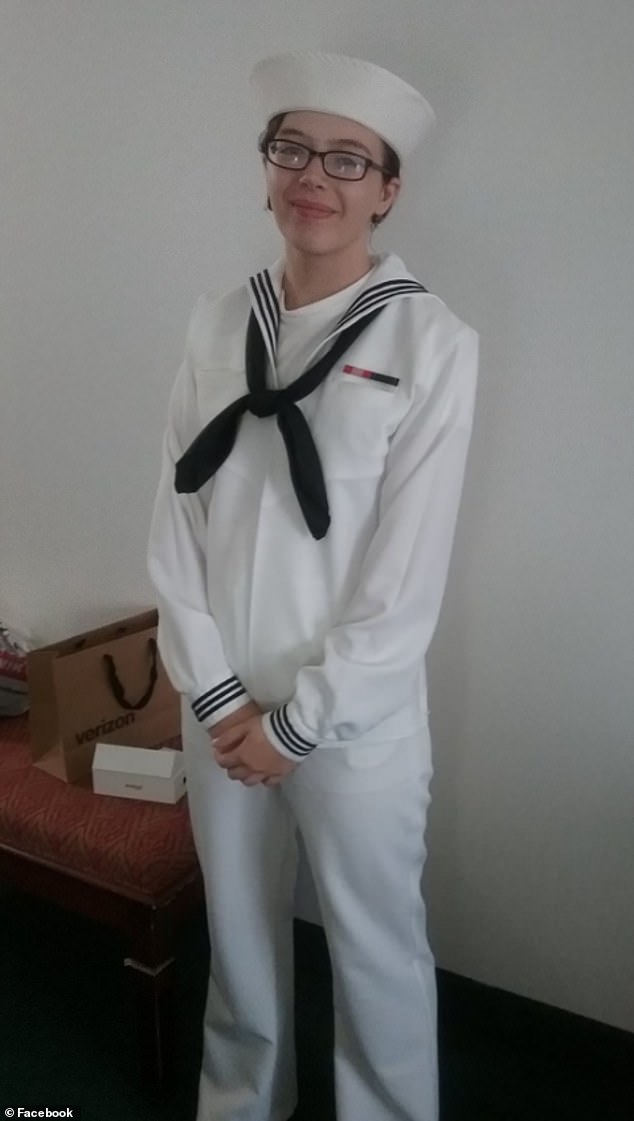 A US Navy sailor has revealed how appalling conditions on the USS George Washington drove her to attempt suicide – with five other sailors stationed on the vessel taking their lives in the space of just a year.

Hannah Crisostomo, of Menifee, California, who was 17 when she enlisted in the Navy and went aboard the USS George Washington, claimed the abuse she suffered on the ship pushed her to swallow 196 pain relievers last May, NBC reported.

She was rushed to hospital as her brain swelled from the overdose, but survived and managed to recover after being discharged from the Navy and returning home.

The ship is currently docked in Virginia Beach for a complete overhaul. Crisostomo says construction continues 24 hours a day, making it impossible to sleep.

Large parts of the vessel don’t have electricity, meaning many sailors choose instead to sleep in cars parked in a nearby parking lot.

Others shipmates tried to kill themselves following Crisostomo’s hospitalization, with at least five suicides confirmed by military officials since then, three of which happened within a week of each other earlier this month.

‘The command pushes you to that point,’ Crisostomo, now 20, told NBC, adding that she could not quit since she had signed a five-year contract and that sailors were overworked and belittled whenever they asked for help.

‘Being in the Navy was all I ever wanted. I wanted to be part of something big to help the country.

‘I got robbed of that, and I didn’t deserve it,’ she said.

Nautica Robinson, 23, a crewmate who alsto attempted to kill herself last May, echoed that ‘toxic leadership’ was to blame for the string of suicides.

Robinson, who had served since 2019 before being discharged in February, told NBC that she repeatedly asked for better mental health support onboard the ship but claimed she received little help even after she said she was sexually abused by another sailor off-base in 2020.

‘It’s life-draining,’ Robinson said. ‘It’s truly sad to see that the place you work for can take so much of you.

‘They just threw us back in the environment, like our attempted suicides didn’t happen,’ she added. ‘The things that pushed those sailors overboard didn’t exist.’

Crisostomo, who was dealing with a bipolar disorder that had yet to be diagnosed, said she first sought help from leadership aboard the USS George Washington after her first six months.

She said she was told to seek help on her own time, but because she worked the night shifts, there was no one around to help.

When she swallowed the pain relievers, Crisostomo was put on life support for eight days with doctors warning her family that she may never regain normal brain functions again.

But when she woke up, her mental condition continued to deteriorate out of fear that she would have to return aboard the USS George Washington.

‘If they keep me in the Navy, and they put me back in the same situation, I’m going to kill myself,’ she recalled thinking, ‘and I’m going to be successful the next time.’

Crisostomo and other sailors, who spoke under the condition of anonymity out of fear of retaliation, told NBC News that 24-hour construction noise made it nearly impossible to get sleep aboard the ship.

While most sailors on board can leave the ship to sleep at home, those who come from out of state and lack housing in Virginia, where the ship is docked, are left with  few options.

The sailors told NBC that many choose to sleep in their cars after working nearly 12 hour shifts.

They said the conditions on the ship became unbearable due to the fact that the boat was going through overhaul, a rigorous maintenance and repair process that occurs once in a nuclear ship’s 50-year service life.

During overhaul, the sailors said they were relegated to menial tasks and worked on cleaning the ship every day, with one sailor telling NBC that he just sat on a bucket for nearly two hours holding a fire extinguisher.

He said he quickly became depressed and lost more than 80 pounds before he was reassigned off the USS George Washington last year due to an injury.

Master Chief Petty Officer of the Navy Russell Smith told crew members in an address on Monday that he knew working conditions have bot been pleasant during overhaul and acknowledged that there was a suicide problem on the ship.

Smith, however, refuted the idea that the ship suffered from poor living standards and said that while sailors can discuss their concerns, they ‘have to do so with reasonable expectations.’

The Navy has not commented on the string of suicides and suicide attempts aboard the ship, but said it was committed to preventing future tragedies.

‘We remain committed to ensuring our carriers are manned, trained and equipped to optimal levels including embedded mental health providers,’ Rear Adm. John F. Meier, the commander of Naval Air Force Atlantic, said in a statement.