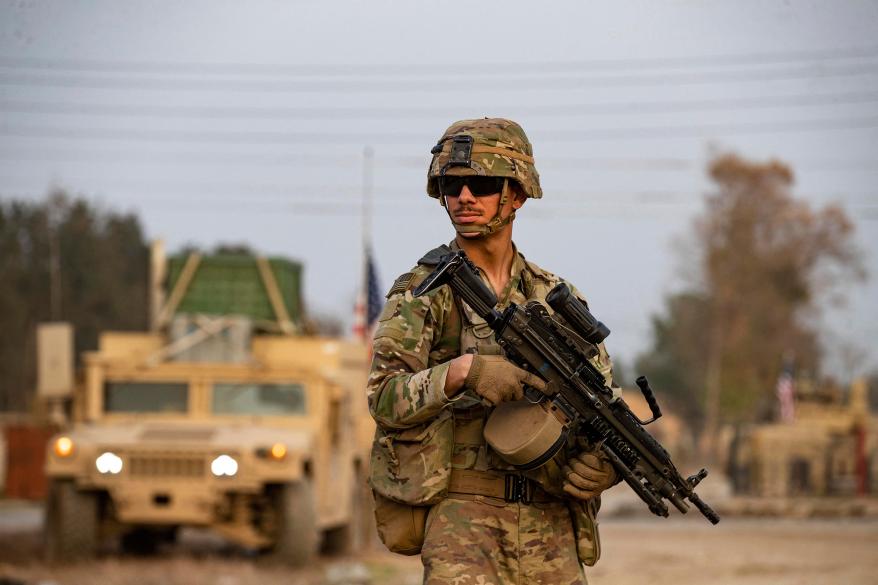 WASHINGTON – US Central Command reports that American soldiers have seized six ISIS members in a series of raids across northeast Syria since Sunday.

CENTCOM announced Tuesday that US commandos captured the terrorists in three separate helicopter raids over the course of 48 hours.

One of the six detained individuals was al-Zubaydi, a prominent Islamic State-Syria official involved in the planning and facilitation of ISIS strikes in Syria.

“Extensive planning went into ensuring the effectiveness of these operations,” the combatant command said in a statement. Initial reports indicate there were no civilian deaths or injuries.

According to CENTCOM, American soldiers detained ISIS operatives over the course of 48 hours.

The operation was the most recent in a series of US attacks in northeastern Syria this year, and the second in the month of November alone.

The most recent helicopter attack, on December 11, resulted in the deaths of two ISIS officials. In another helicopter assault in the region on October 5, U.S. forces eliminated an ISIS member suspected for weapons smuggling.

Abu Ibrahim al-Hashimi al-Qurayshi, the leader of ISIS, blew himself dead rather than be captured during a February raid conducted by elite American forces.

Since 2019, ISIS has lost control of vast portions of Syria and Iraq, but its sleeper cells have continued to carry out violent acts in both countries.

In a statement, CENTCOM commander General Michael “Erik” Kurilla said, “These combined operations underscore CENTCOM’s unshakable commitment to the area and the lasting defeat of ISIS.” The capture of these ISIS agents will impede the terrorist organization’s capacity to plan and execute additional destabilizing acts.