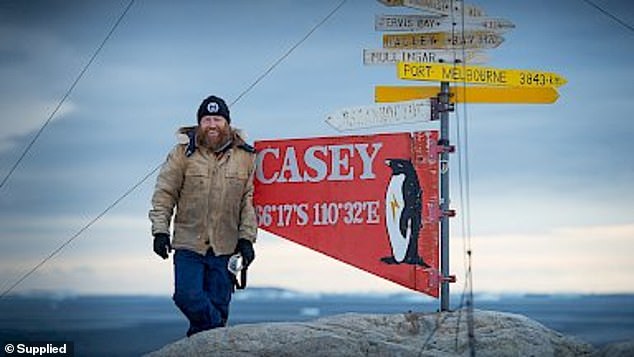 The need for daring Australians to work at Australia’s outposts in the Antarctic is urgent, and the positions offer big wages to those who are ready to endure the cold.

The 12 “expeditioners” that the Australian Antarctic Program is looking for can apply for work as mechanics, communications technicians, cleaners, and kitchen helpers, with salaries ranging from $132,000 to $155,000 annually.

At least six months of work would begin in October at one of five locations in the far south, where the wintertime lows may reach -57C.

At the four bases, all lodging and food are provided for free. Chefs prepare your meals.

The other location is on Macquarie Island, midway between Tasmania and Antarctica, while the other four sites are on bases in Antarctica.

The primary round of hiring for the Antarctica typically occurs in December, although early hiring is taking place due to the million-year ice core study, a significant impending endeavor.

Where the ice is oldest and deepest for drilling, workers will travel 1,200 kilometers inland aboard tractor trains.

All successful applicants must undergo an assessment of their personal qualities and extensive medical and psychological evaluations before deployment.

‘No two days are alike in Antarctica. One day you might be on the station; the next, you could be maintaining infrastructure in the field,’ Ms Riley said.

‘This is a great opportunity for specialised mechanics to support Australia’s science and research efforts in Antarctica.

‘Our workshops deal with everything from Hägglunds all-terrain vehicles to traverse tractors responsible for pulling mobile stations deep into the Antarctic continent.’

A mechanical trade, “certificate III MEM or AUR qualification or recognized equivalents such as automobile, diesel or plant mechanic, fitter and turner, or auto electrician,” is required for candidates to the mechanic position. Diesel engine knowledge is essential.

In her words, communications specialists are “essential to everything we do,” and part of what they do is keep the expeditioners’ connections to their homes in Australia up and running.

They should have expertise with satellite communications equipment and at least an associate’s degree or its equivalent.

Cleaning, kitchen work, food preparation, housekeeping, and stocktaking are all covered by the station support duties, which are paid $68,998 plus the bonus of $63,437.

They must have prior cleaning and cooking expertise.