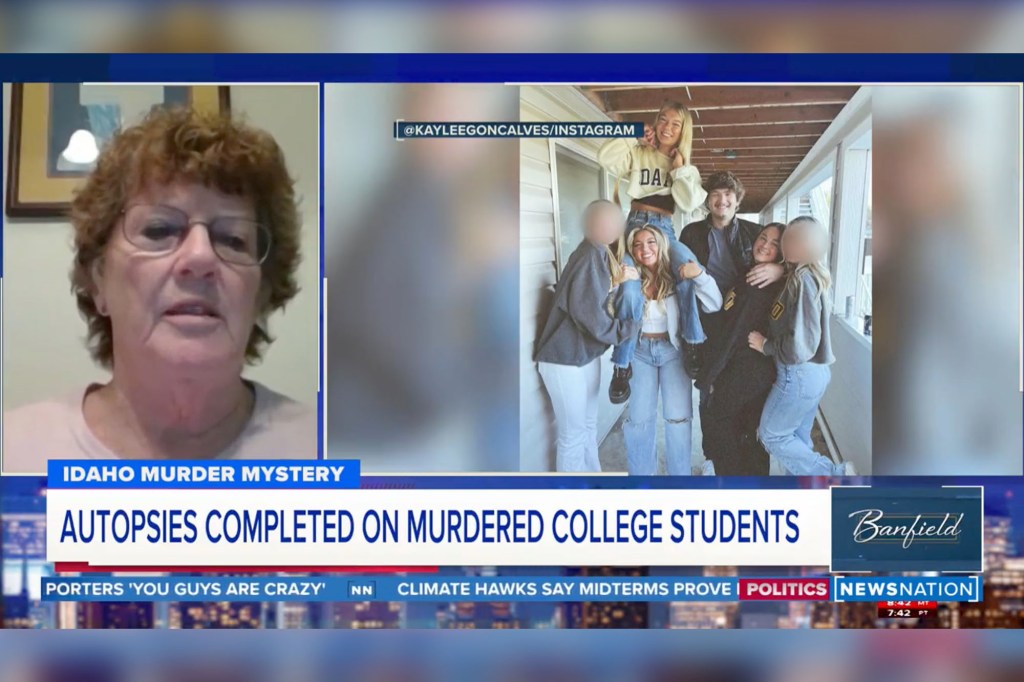 The four University of Idaho students who were discovered stabbed to death in an off-campus home on Sunday were “likely” asleep when they were assaulted, according to the coroner.

Latah County Coroner Cathy Mabbutt provided alarming new information during a Thursday night interview on NewsNation’s “Banfield” as the killer or killers remain at large and the “big knife” used to butcher the four college students has not yet been located.

“It was late at night or early in the morning, so it’s possible they were asleep,” Mabbutt said Ashleigh Banfield, the host.

The victims were stabbed in the chest and upper body, according to Mabbutt.

“Because the knife was so huge, it’s difficult to call them puncture wounds… “For someone to stab four people to death, they must be quite enraged,” she told Banfield.

Here is the most recent report on the horrible murders of four college friends:

Sunday in a home on King Road in Moscow, Idaho, Ethan Chapin, 20, Madison Mogen, 21, Xana Kernodle, 20, and Kaylee Goncalves, 21, were stabbed many times.

Mabbutt had previously referred to the attack as “personal” and said that some of the wounds on the bodies may have been defensive. She stated that there were no indications of sexual assault on any of the deceased students.

Authorities have been attempting to reconstruct the last hours of the four victims, who were allegedly slain between Saturday night and early Sunday morning.

In an interview with Arizona Family, Kernodle’s father stated that the Wednesday autopsy revealed his daughter battled her murderer to the last and bore defense scars.

“Knife-torn bruises,” Jeffrey Kernodle stated to the magazine. “She is a strong child. Whatever she desired, she could accomplish.” Chapin was in a relationship with Kernodle, and the two of them shared a home with the other two victims and two more.

The brutal crime was described by law enforcement officials as the “worst they’ve ever seen,” as the town remained traumatized by the massacre.

»University of Idaho murder victims were stabbed many times in bed: coroner«