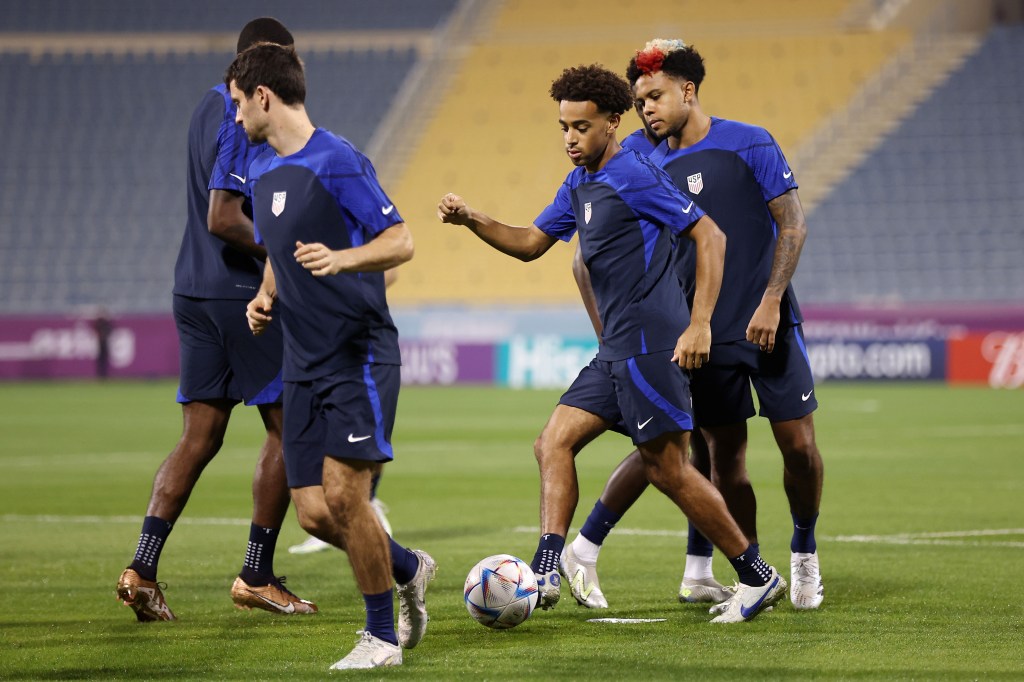 There is an enormous task on the ground in Qatar, where the underdog United States will face the Netherlands in the Round of 16 on Saturday in Al Rayyan, attempting to reach the quarterfinals for the first time since 2002.

The U.S. soccer squad is gaining respect on the international soccer stage (much more credibly, thank you) and gaining support at home. Everywhere children are donning shin guards and supporters are lifting pints to the lads in red, white, and blue, the campaign is gaining momentum.

“The support from the United States has been almost bizarre…. Friday’s midfielder and team captain, Tyler Adams, stated, “It’s very wonderful to watch how a tournament can transform people’s perceptions about soccer support.” And this was one of our pre-tournament objectives. The farther we progress, the more support we amass, which is what we desire. We wish for future generations to have this backing behind them.

“When we’re able to play an appealing style, battle, and represent the country in the proper manner, you’ll get support.”

Tyler Adams, captain of the United States, practices in preparation for the Round of 16 match against the Netherlands.
Getty Pictures

Christian Pulisic, a top winger for the United States, suffered a pelvic injury while scoring the game-winning goal against Iran on Tuesday. This injury will have a significant impact on the team’s ability to pull off an upset. Pulisic was allowed to play on Friday, but if he is less than 100 percent, it will be detrimental to a squad that has controlled the midfield in three matches, thanks to the combination of Adams, Weston McKennie, and Yusuf Musah, but has struggled to finish. Only two goals have been scored by the United States, both by Christian Pulisic.

On the other side is a No. 8-ranked Dutch squad that is undefeated in its last 20 matches (including the last 18 since coach Louis van Gaal regained control) and won its group without incident, but without generating much fear. Friday, Van Gaal also mentioned a flu outbreak among the Dutch players. Still, the team is filled with elite talent, beginning with forward Cody Gakpo, who has scored three of the Netherlands’ five goals in the tournament.

Adams stated, “We are aware that we will have to be ready for battle.” “Because when you play against opponents of this caliber, you are able to contain them, but for how long?”

Possibly for more than 90 minutes. As the group stage gives way to the knockouts, the chance of a draw — like as the scoreless tie between the United States and European powerhouse England last week — is replaced by two 15-minute overtime periods followed by a penalty shootout.

Friday, U.S. coach Gregg Berhalter stated, “You must be patient and recognize it may be a 120-minute workout — and you must organize your lineups and substitutes appropriately.” “Finally, there are penalty kicks, which we rehearsed on Thursday and will drill again on Friday.”

You believe this World Cup is now a significant part of your life? Wait until the United States possibly reaches the last eight and faces Argentina and the world’s most famous player, Lionel Messi. This is the emotional jackpot that might accompany the nation’s most significant men’s soccer triumph in decades.

Berhalter stated, “We felt a duty to utilize this World Cup to generate momentum for soccer in the United States.” This is why we want to keep going, accomplish well, and make the nation proud.