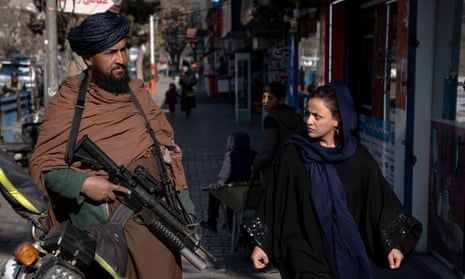 The Taliban must immediately rescind their policies targeting women and girls in Afghanistan, warned the UN’s human rights commissioner on Tuesday, criticizing their “terrible” effects.

Volker Turk, the United Nations High Commissioner for Human Rights, said in a statement, “No country can socially and economically develop — or even survive — with half its citizens disenfranchised.”

These incomprehensible limitations on women and girls will increase the misery of all Afghans and, I believe, pose a threat beyond the country’s boundaries.

He stated that the measures threatened to destabilize Afghan society.

Turk urged the de facto authorities to assure the respect and protection of the rights of all women and girls to be seen, heard, and to participate in and contribute to all elements of the country’s social, political, and economic life.

Additionally, climate activists in Berlin took off the top of a Christmas tree.

“This latest directive by the de facto government will have devastating effects on women and the entire Afghan population,” stated Turk.

“Prohibiting women from working in NGOs will deprive them and their families of incomes and their right to positively contribute to the development of their country and the well-being of their fellow people.”

This is the most recent assault on women’s rights in Afghanistan since the Taliban seized power a year ago.

“The restriction will drastically reduce, if not eliminate,” the capacity of these NGOs to provide crucial services, Turk added, calling the situation all the more worrisome given that Afghanistan is in the grips of winter, when humanitarian needs are at their peak.

Multiple international relief organizations declared on Sunday that they were suspending activities in Afghanistan.

Women have also been barred from traveling without a male relative, compelled to cover up outside the home, preferably with a burqa, and prohibited from entering public parks.

Respect for women’s rights has been a sticking issue in the international community’s negotiations with the Taliban leadership for its recognition and the return of aid.