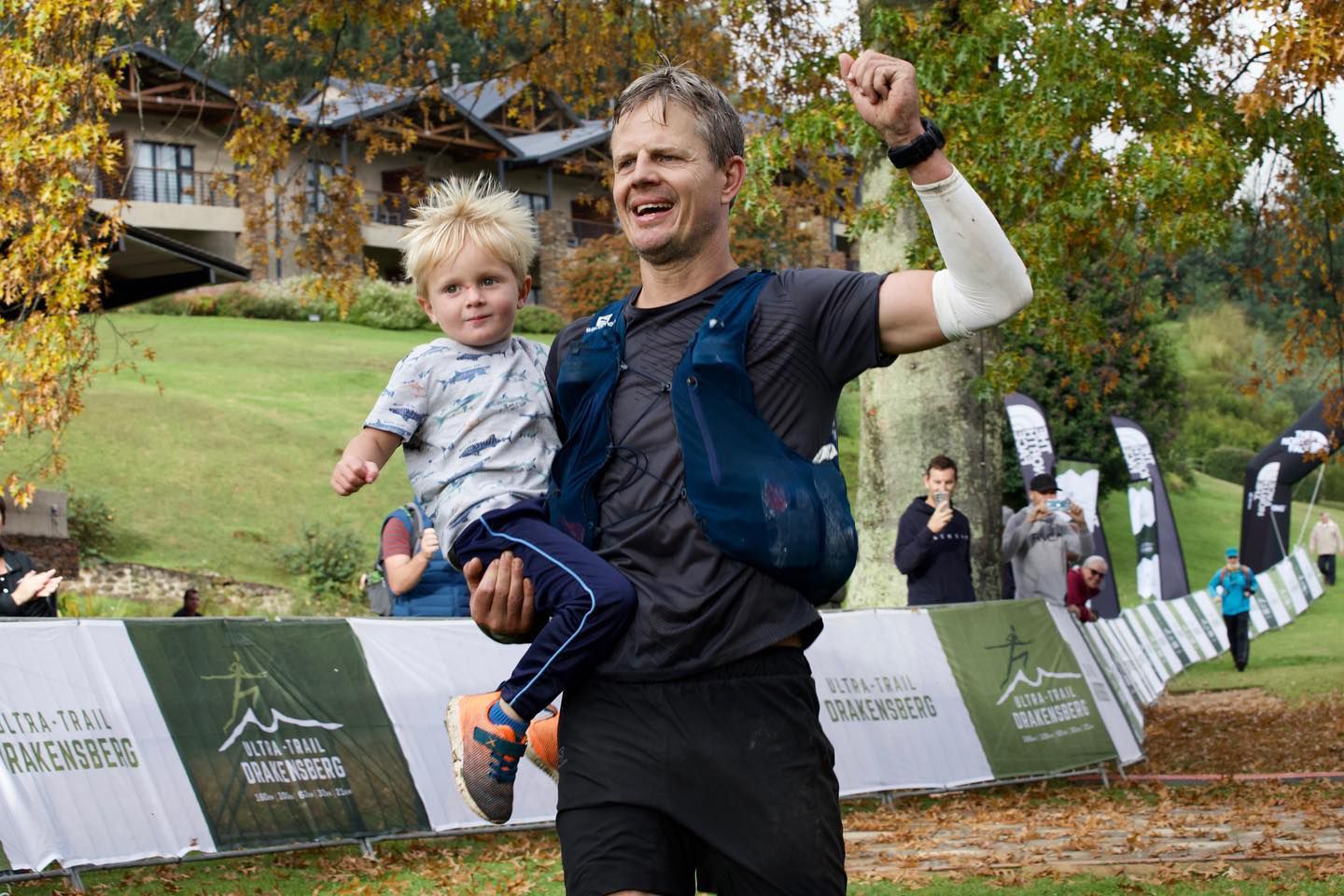 Simon Tshabalala went out at a ferocious pace and led the race for a large portion of the signature TD160 race but Pickard stuck to his strategy throughout and by maintaining a solid pace he managed to catch Tshabalala just before the Drak Gardens check-point.

As the pair left the check-point Pickard then took his opportunity to pull away and he powered through to the finish in record time.

“I think that I surprised myself!” Pickard said. “The run was probably one of the toughest things that I have ever done and the Lesotho section is something else and it throws everything at you.

“I tried to just keep a steady pace and when we got to the top and then down the otherside I still felt good, so I pushed hard on the down hills and then kept it steady on the flats and up hills.”

Tracking down Tshabalala in the back section of the race gave Pickard the motivation he needed to keep the pace up.

“I managed to keep narrowing the gap on Simon and then when I got away from him I was still very wary of how fast he is and I knew that he could come back, so I just pushed the whole way.

“The record didn’t cross my mind to be honest but when I got towards the end I was told that I was going to beat the record and sprinted in as fast as I could.

“Overall it was a great weekend and what a way to end my first 100 miler,” he added. ”I’ve set the bar quite high!”

Tshabalala finished comfortably in second place as he finished 40 minutes behind Pickard but he had a huge three hours and fifty minutes ahead of third placed Justin Oelofsen.

Williamson went out slowly while Keppler set off at a quicker but consistent pace and Williamson managed to catch up to Keppler at the 114km mark and the pair continued through to the 160km finish at Sani Pass hotel together.

For Keppler this event is far more than just a trail run.

“It was absolutely incredible and this race in particular is a soul race,” Keppler said. “You don’t run it with your legs you run it with your soul and I feel very, very privileged and grateful to be part of this event.

“There were parts when I wasn’t feeling my strongest and Amri pushed me and visa-versa. There are very few people that you have a mutual drive for success with and I really want Amri to do well and she really wants me to do well.

“It’s really cool to have that connection with someone.”

Williamson and Keppler bettered last year’s winning time by nearly an hour and ten minutes and finished fifth overall in the race. For last year’s winner, things fell into place.

“We said that we are not racing together but if by any chance we are close together at the end it would be magical to finish together.

“We both ran our own race, she went out at her pace and I went out and my pace and we pushed each other the whole way and it was so beautiful.

“It’s incredible to have so much support and we need to thank all of the people that supported us throughout the race.”

In the end it was Marcela Rambova from the Czech Republic who came home in second in the women’s race and seventh overall.

Women’s winner and former overall winner of UTD160 Naomi Brand blitzed the field in UTD100 to finish fifth overall and win the women’s race by over three and a half hours over Michelle Fourie in second with Tracy Zunckel claiming the bronze medal.

In the GCU62 event Johardt van Heerden managed to pip Daniel Claassen to the line by just four minutes with Joshua Chigome finishing in third.

Meg Mackenzie won the women’s GCU62 showdown in another tight finish, under three minutes ahead of Landie Greyling in second with Tarrin van Niekerk ending in third place.

David Krone and Marion Leiberich won the respective men’s and women’s crown at SDR32 while in the shortest race of the event DJR21 Brandon Keeling won the race while women’s winner Bianca Tarboton finished second overall.

More information can be found at www.ultratraildrakensberg.com