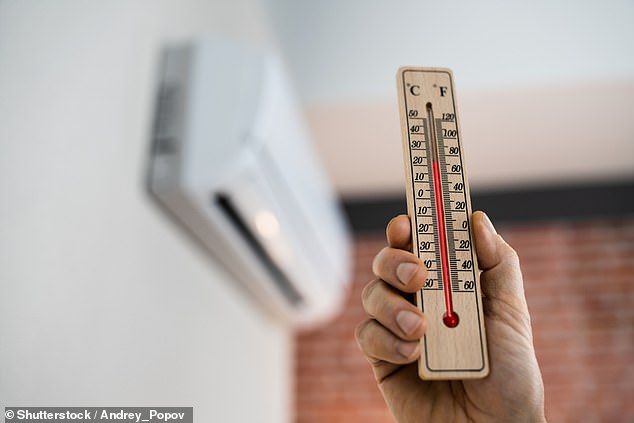 As winter approaches, it is a major concern for homeowners how much they will have to pay for their energy bills.

However, due to unseasonably warm temperatures and abundant sunshine in late autumn, many of us have yet to turn on our heating.

The weather bonus could reduce the nation’s energy costs by millions of dollars.

Yesterday’s temperature of 23 degrees Celsius (73 degrees Fahrenheit) prompted families to flock to parks and beaches on the final weekend of half-term, although forecasters warn that colder weather is on the way.

Energy expert Tony Jordan from Auxilione stated, ‘Due to the warmer October, Britons are consuming significantly less gas this year than they did last year. This trend should continue at least through the first week of November. Therefore, they should receive lower bills than they would have in a typical October. With gas and electricity prices roughly double what they were a year ago, it is important to remember that households will not necessarily pay less in 2021.

In October, it will reach £2,500, although all households will receive a minimum rebate of £400.

In October, when heating would typically be on for a portion of the day, an average weekly bill was anticipated to be between £70 and £80, based on current rates.

However, for those who have turned off the heater, this cost might drop to approximately £50, or roughly £20 each week. It will not be as low as in the summer because to the increased use of electric gadgets caused by the darker nights.

However, the warmer weather has also allowed laundry to be dried outside rather than in energy-intensive tumble dryers.

The above-average temperatures are a result of the jet stream looping south before reaching the United Kingdom, delivering warm weather.

This will decrease by two degrees on Tuesday and become increasingly turbulent from Wednesday.

By Saturday’s Bonfire Night, the temperature will be closer to normal, but still a few degrees above average, with highs of 14C (57F) in England and Wales and 11C (52F) in Scotland and Northern Ireland.