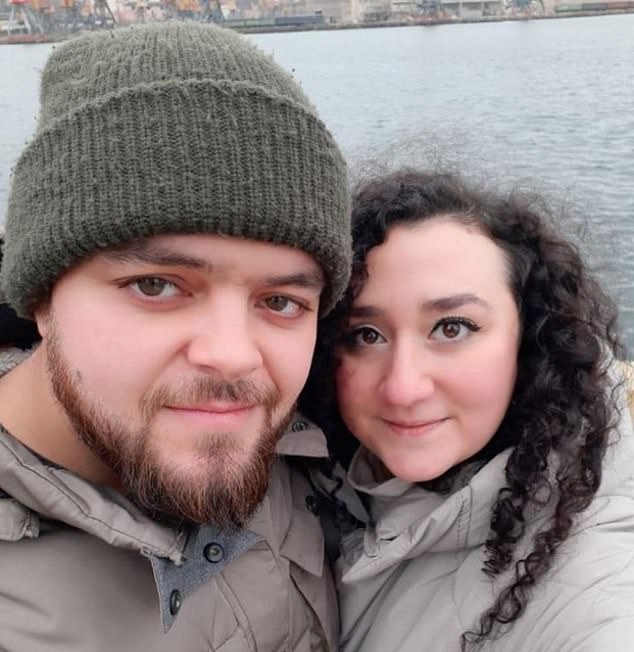 MailOnline has learned that the Ukrainian wife of British POW Aiden Aslin is relocating to the UK to be with his family.

Diane Aslin, who is now in Hungary and has been photographed for the first time here, is planning to relocate to Newark, Nottinghamshire, near her mother-in-law Angela Wood.

Her move comes after Aiden was seen Monday in a Russian propaganda video making a desperate plea to be swapped for another prisoner so he can go home, after he was captured last week by Russian forces while defending Mariupol.

In the video, Mr Aslin, 28, was taunted by British journalist Graham Phillips with the death penalty – the sentence handed to Russian prisoners found guilty of being a mercenary in the Donetsk region.

The captured Briton says in the footage: ‘Diane, my wife, I want you to know, I love you. I hope the British Government is able to push this prisoner exchange through so I can return to you and we can build our life in Britain.’

Today Aslin’s father, Andy Wood, said that Diane was hoping to travel to the East Midlands soon from Eastern Europe. He also revealed that the family had been in direct touch with relatives of Ukrainian pro-Russia politician Viktor Medvedchuk who they believe could be involved in a prisoner swap for the British PoWs.