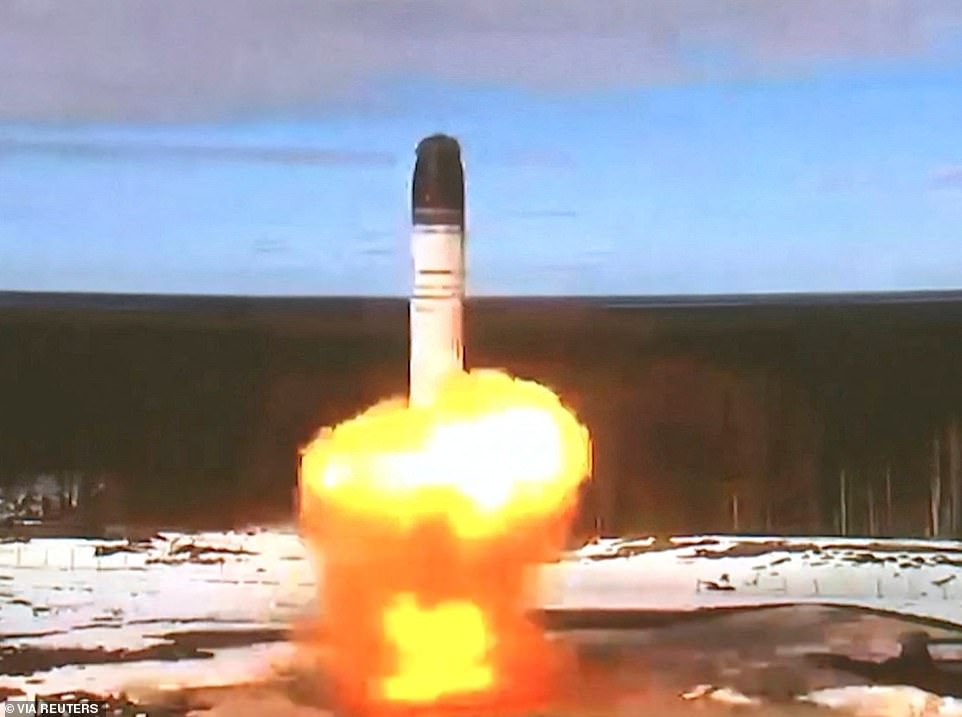 According to a former White House adviser, every country in the world will now desire nuclear weapons because Putin has demonstrated that if you have the bomb, nobody would help your adversaries.

When the Russian tyrant invaded Ukraine in February, he made a reference to his nation’s nuclear deterrents, warning the West that any major intervention would ‘lead you to such consequences that you have never encountered in your history’.

And in a further ratcheting of tensions this week, Putin test-launched his fearsome ‘Satan II’ missile which is capable of striking a target 11,200 miles away and is said to be the world’s longest-range intercontinental ballistic missile. The test came as NATO powers including Britain pledged to provide further arms to help Ukraine repel Russian invaders.

Launched from the Plesetsk Cosmodrome facility in northern Russia, the missile’s practice warheads hit targets 3,600 miles away at the Kura firing range in the Kamchatka peninsula.

If fully armed, it can deliver a payload big enough to destroy an area the size of France.