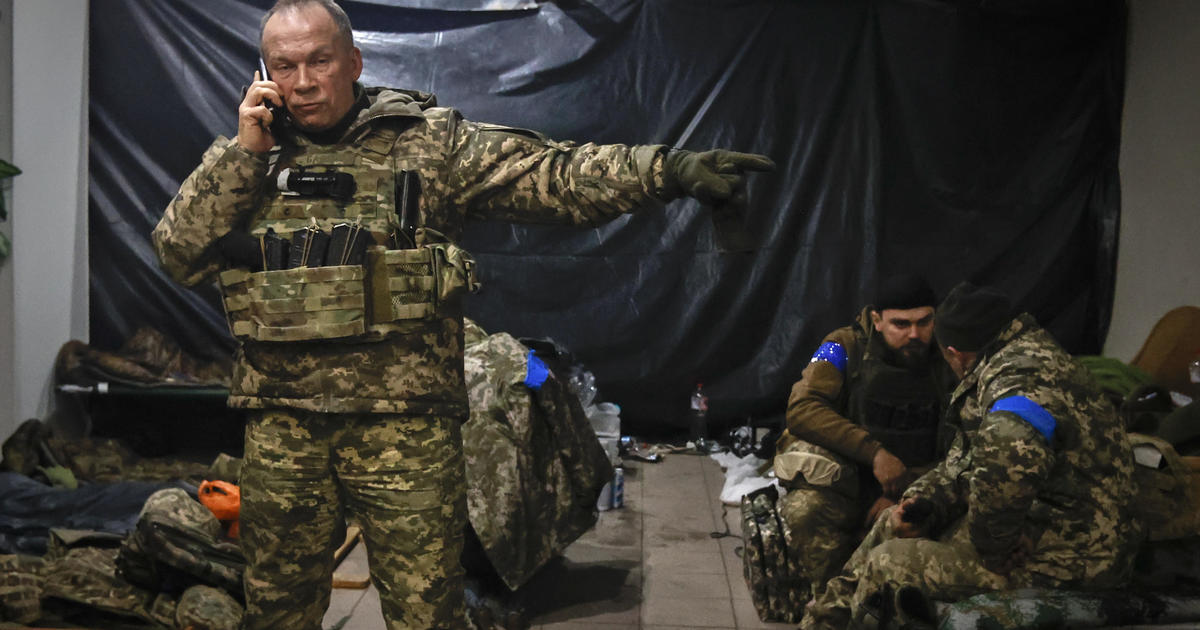 Kyiv, Ukraine — The Russian Defense Ministry announced on Friday that its forces had conquered the Ukrainian salt-mining town of Soledar, which had been the site of a months-long brutal confrontation between Russian and Ukrainian forces. However, a Ukrainian military commander swiftly refuted the claim, stating that the “severe” conflict was still ongoing.

Soledar is located in the Donetsk province of eastern Ukraine, one of four Ukrainian territories that Moscow unlawfully annexed in September and has been attempting to seize complete control over since then.
The loss of the town would be a remarkable win for the Kremlin in its invasion of Ukraine, which has suffered a string of battlefield defeats. Moscow has treated Donetsk and nearby Luhansk province as Russian territory ever since their purported acquisition, which it deemed a priority from the outset.

This still from an AFP video shows a soldier of the Ukrainian military averting his gaze as a BM-21’Grad’ MLRS 122mm rocket launcher fires on the outskirts of Soledar, Ukraine on January 11, 2023. ARMAN SOLDIN/AFP/Getty

“The liberation of the town of Soledar was completed in the evening of Jan. 12,” Lt. Gen. Igor Konashenkov, a spokesman for the Russian Ministry of Defense, announced, adding that the achievement was “important for the continuation of offensive operations in the Donetsk region.”

Taking control of Soledar, according to Konashenkov, would allow Russian forces to “to cut supply lines for the Ukrainian forces” in the city of Bakhmut, Donestsk, and then “block and encircle the Ukrainian units there,”

Sergiy Cherevaty, a spokesperson for the Ukrainian military forces in the country’s east, was quoted by the French news agency AFP as stating that “severe fighting” was still taking place and that his men were able to “the situation under control in difficult conditions.”

An infographic depicts the strategic places where Russian forces have intensified their assaults in an attempt to conquer the Ukrainian cities of Bakhmut and Soledar in the Donetsk region. Photograph by Elmurod Usubaliev/Anadolu Agency/Getty Images

The Institute for the Study of War, a Washington-based think tank, stated that a Russian conquest of Soledar would not represent “an operationally significant development and is unlikely to presage an imminent Russian encirclement of Bakhmut.”

Col. Gen. Oleksandr Syrskyi, commander of the Ukrainian army, gives orders from a shelter in Soledar, the scene of severe combat with Russian forces, in the Donetsk region of Ukraine on January 8, 2023. Latin Chop/AP

The institution asserted that Russian communication efforts have “overexaggerated the importance of Soledar,” a small village, and that the protracted and arduous battle has contributed to the depletion of Russian personnel.

Yevgeny Prigozhin, who controls the Wagner organization and is a supporter of Russian President Vladimir Putin, said last week that his mercenary forces – which act in collaboration with Russian military troops – had occupied Soledar. His assertion was swiftly refuted by the Russian and Ukrainian forces, who stated that the conflict continued.