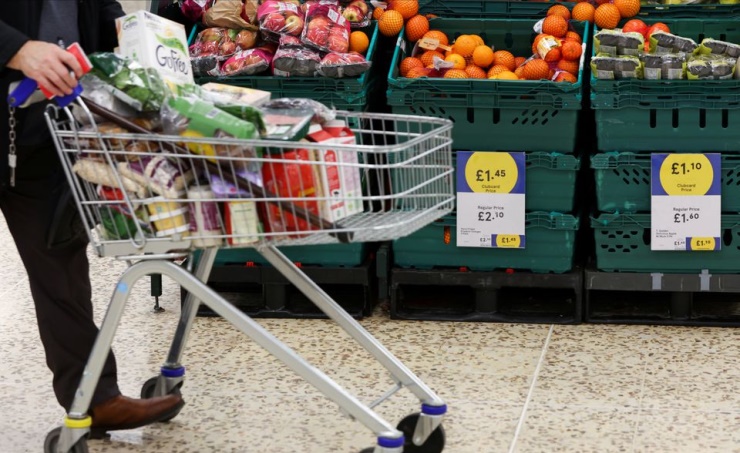 The pound slid by more than a cent to fall below $1.29 for the first time since November 2020 after official data and surveys of consumers and businesses pointed a sharp growth slowdown, or worse, in the coming months, Reuters reported.

A closely watched gauge of business activity from S&P Global showed growth slowed by more than expected this month as companies grappled with surging costs and became much gloomier about the outlook.

Official data showed retail sales volumes slid by 1.4% in March from February, a worse reading than any economist forecast in a Reuters poll.

Overall, the data underscored growing concern at the Bank of England about the opposing challenges of weakening demand and inflation at a 30-year high of 7% and likely to rise further beyond the central bank’s 2% target.

Governor Andrew Bailey said on Thursday the BoE was walking a tight line between tackling inflation and avoiding recession, a challenge facing other major central banks around the world.

“Whether the UK heads into a recession is still an open question,” said ING economist James Smith, who highlighted the potential for savings that many households built up during the coronavirus pandemic to continue driving growth.

“The jury’s out, but we think the Bank of England is more likely to hike interest rates once or twice more, before pressing the pause button over the summer.”

The S&P Global Composite Purchasing Managers’ Index fell in April 57.6 from 60.9. While still comfortably above the 50 threshold for growth, economists polled by Reuters had mostly expected a smaller fall to 59.0.

Consumer-facing businesses will likely face a tough time in the months ahead, with GfK’s gauge of households’ confidence about their finances in the future slumping to a record low.

Retail sales volumes are 2.2% above their level in February 2020 but they are a long way behind where they would have been if growth had continued along its pre-pandemic trend, Keith Church, an economist from risk consultancy 4most, said.

Earlier this month, Tesco (TSCO.L), Britain’s biggest retailer, warned of a drop in profits as high inflation squeezes the supermarket group and its customers.