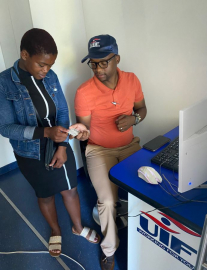 The Unemployment Insurance Fund (UIF) has begun its processing and payment of unemployment benefits to former teaching and general assistants in KwaZulu-Natal.

In November 2022, the campaign began in the Amajuba District Municipality, where the Fund provided R7.7 million to 1,746 former educator assistants and general assistants.

From 9 January to 20 January 2023, the Fund will process and pay claims as follows in the Zululand District Municipality:

“Clients are urged to bring along their Identity or valid Passport Documents, a fully charged smartphone with data, and proof of account (banking details),” said the department of Employment and Labour in a statement.

The former workers qualified for unemployment insurance payments from the UIF after their contracts expired.

“Due to the large volume of claims anticipated and to prevent long queues at Labour Centres, the UIF team in KwaZulu-Natal met with the Provincial Department of Education in Amajuba and agreed on a consolidated approach. This included the department availing venues while the Fund confirms the compliance of the former workers in terms of their employment history, declarations, and contributions.

“The UIF in KwaZulu-Natal will be rolling out the project to other parts of the province and will announce dates and details in due course via its social media platforms and the media,” the department said.