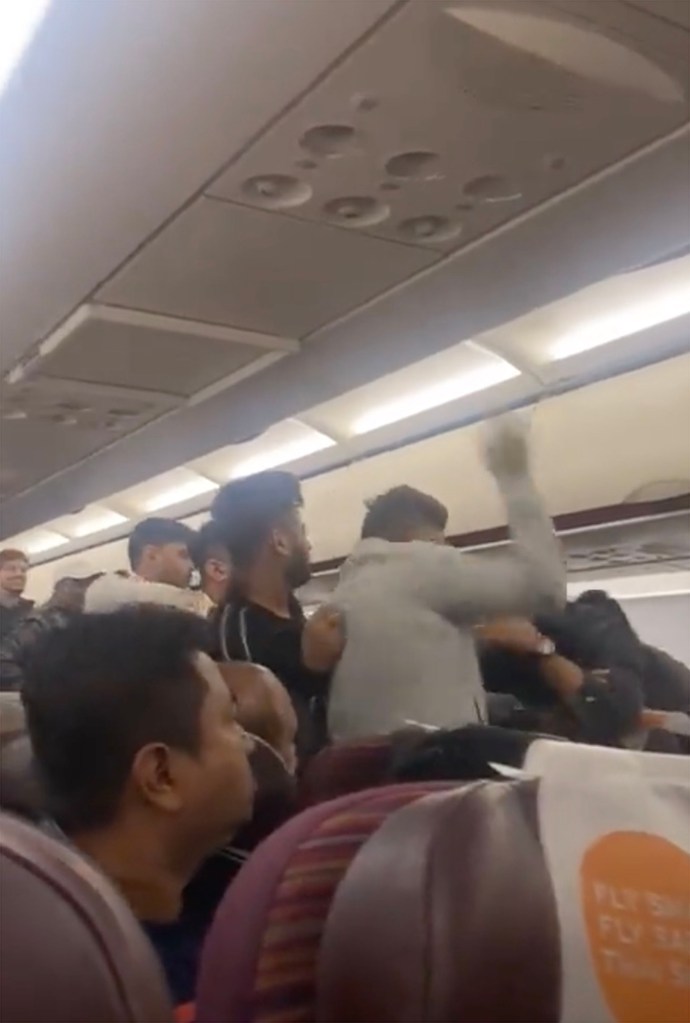 A passenger on a Thai Smile Airways flight is assaulted after refusing the crew’s instructions to adjust his seat prior to takeoff, as captured on shocking video.

Monday’s event occurred in Bangkok as the jet prepared to depart for Kolkata, India, according to NDTV.

The flight attendants ordered customers to change their seats to the upright position and fasten their seatbelts; however, one passenger refused, citing a backache.

The individual refused to cooperate despite numerous requests and informed the crew they may report him to the captain if they want.

Soon thereafter, other passengers grew tired of his pranks and took action themselves.

A fellow passenger captured footage of numerous individuals hitting the man, who attempted to defend himself against the repeated attacks while the crew attempted to restore order.

A man who refused to raise his seat for takeoff on a Thai Smile Airways trip from Bangkok to Kolkata, India was assaulted by fellow passengers.
Twitter/@YadavMu91727055
Everyone involved in the altercation was subsequently prohibited from ordering alcohol on the aircraft.

In a statement issued on Twitter, the airline stated that the “problem has been resolved” since it “complied with international flight safety procedures.”

“Our flight crews have already provided assistance to those affected by the incident,” the statement continued.

Due to the altercation, the flight was delayed, although no significant injuries were recorded.

The violent passengers were prohibited from ordering alcoholic beverages during the flight.

The Bureau of Civil Aviation Security has stated that it is studying the video and conducting an investigation into the incident.