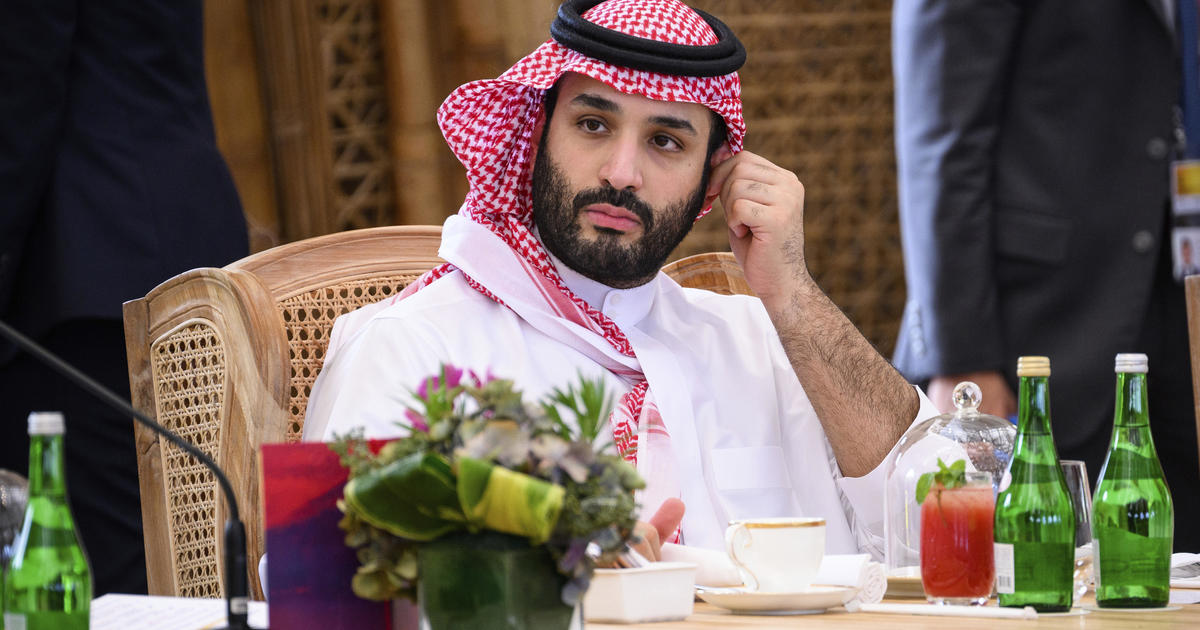 — Washington A U.S. federal court rejected a lawsuit against Saudi Crown Prince Mohammed bin Salman in the murder of U.S.-based writer Jamal Khashoggi on Tuesday, acceding to the Biden administration’s contention that the prince was legally immune in the case.

In 2018, a team of Saudi officers murdered Khashoggi at the Saudi consulate in Istanbul. Khashoggi, a journalist for The Washington Post, has criticized Prince Mohammed, the de facto ruler of Saudi Arabia, for his harsh behavior.

Crown Prince Mohammed bin Salman of Saudi Arabia takes his seat before to a working lunch during the G20 Summit in Nusa Dua, Bali, Indonesia, on November 15, 2022. Leon Neal, Pool via AP

The U.S. intelligence community decided that the Saudi crown prince ordered the attack on Khashoggi. The assassination created a divide between the Biden administration and Saudi Arabia, which the government has attempted to heal over the last several months, urging the kingdom unsuccessfully to reverse oil production cutbacks in a global market roiled by the Ukraine conflict.

Khashoggi had entered the Saudi consulate to acquire necessary paperwork for his planned wedding. The case was filed by his girlfriend, Hatice Cengiz, who mistakenly waited outside the embassy as he was murdered, and a rights organisation created by Khashoggi before his death. The complaint also accused two of the prince’s senior aides as co-conspirators.

The Biden administration, encouraged but not compelled by the judge to submit a view on the case, said last month that Prince Mohammed’s position as the prime minister of Saudi Arabia granted him sovereign immunity from the U.S. lawsuit.

The monarch of Saudi Arabia, Salman, had nominated his son, Prince Mohammed, as prime minister weeks before. It was a brief exception from the governing code of the monarchy, which designates the king as prime minister.

The fiancee of Khashoggi and his rights organization contended that the action was an attempt to protect the prince from the U.S. court.

Bates voiced “unease” with the circumstances surrounding Prince Mohammed’s new title and stated in Tuesday’s judgment, “there is a compelling case that plaintiffs’ claims against bin Salman and the other defendants are valid.”

The court noted that the government’s determination that Prince Mohammed was exempt left him with no alternative but to dismiss the prince as a plaintiff. In addition, he dismissed the other two Saudi claimants, stating that the U.S. court lacked jurisdiction over them.

The Biden administration maintained that lengthy legal precedent on immunity for heads of government from other nations’ courts necessitated, under certain situations, that the prince be covered as prime minister, regardless of the prince’s recent acquisition of the position.

Again asserting sovereign immunity, the Biden administration had already exempted Prince Mohammed from federal punishment in the case. Rights organizations and Saudi exiles claimed that absolving Prince Mohammed of responsibility for Khashoggi’s murder would give the crown prince and other authoritarian leaders the go-ahead to commit similar atrocities.