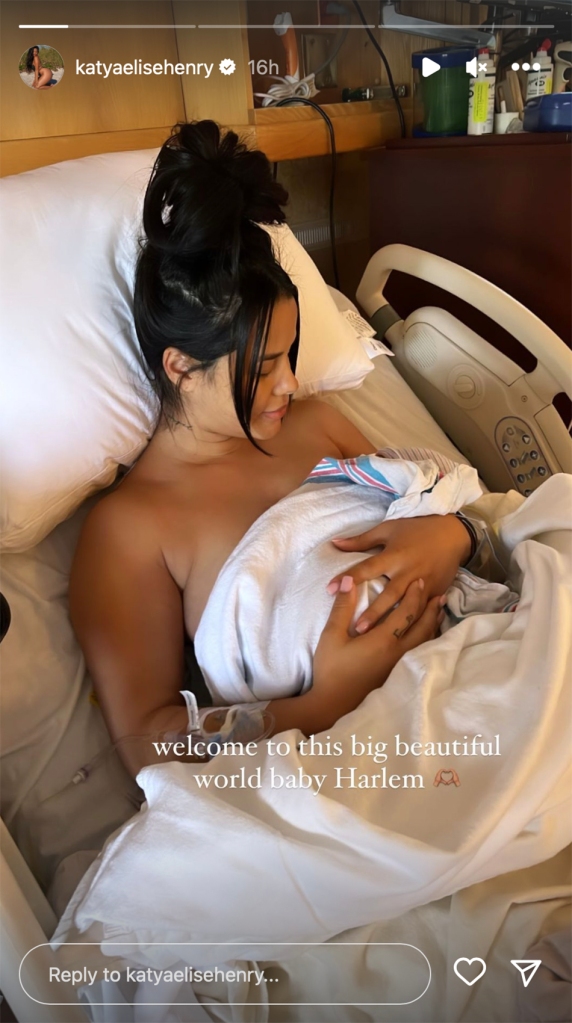 The family of Tyler Herro and his partner Katya Elise Henry consists of four members.

The Miami Heat guard and the fitness model announced the birth of their second kid on Thursday, naming him Harlem, through Instagram.

The 28-year-old Henry posted on her Instagram Story, beside a photo of her cradling their baby son in her hospital bed, “Welcome to this big, beautiful world, Harlem.”

Henry shared a selfie with her son with the message “My sweet boy” in a separate post.

Herro, 22, shared a photo of a whiteboard in Henry’s hospital room that stated “Happy Birthday Harlem” on his Instagram Story. The 2022 NBA Sixth Man of the Year included his son’s birth date in the post’s title by writing “1/12/23.”

Herro, who will turn 23 the following week, missed Thursday’s triumph over the Bucks due to the birth of his son. Herro is also experiencing Achilles discomfort.

The Miami Heat guard Tyler Herro dribbles the ball during their game against the Brooklyn Nets on January 8, 2023 at FTX Arena.

Herro and Henry are thought to have begun dating in March 2020, after the NBA player tweeted about COVID-19 quarantining to the influencer.

In June, in honor of Henry’s 28th birthday, the NBA star sent a heartfelt tribute to her. It occurred four days before to the couple’s announcement that they were expecting their second child.

During an August “ask me anything” session on Instagram, Henry was asked if she and Herro had lately discussed marriage. She said, “marriage is not something I’m pressed on to be honest.”

In a subsequent post, Henry was asked for “advice for anyone who has just begun dating an NBA player,” to which she responded, “Aww man buckle up lol this life is not for the weak.”

Henry noted that with the birth of the couple’s first child, Zya, she realized alongside Herro that “teamwork makes the dream work.”