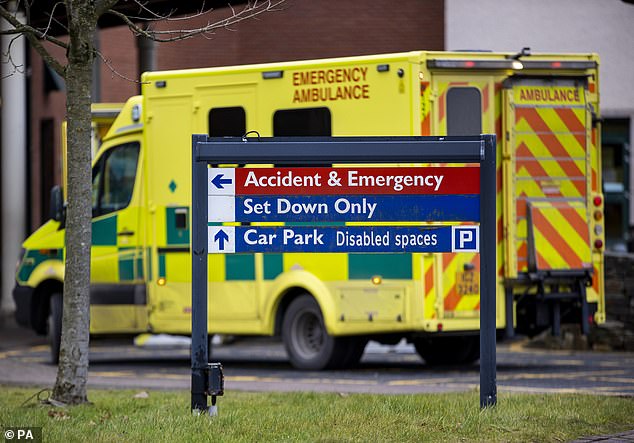 A community in Antrim has been left “heartbroken” when it was claimed that a toddler died on a farm yesterday.

At approximately 12.32 p.m., police and ambulance crews were dispatched to the Ballymoney neighborhood of Antrim before rushing the child to Causeway Hospital.

The boy, estimated to be two years old, died shortly thereafter, according to the Sun.

At approximately 12.32 p.m., police and ambulance crews were dispatched to the Ballymoney neighborhood of Antrim before rushing the child to Causeway Hospital (file image)

‘NIAS despatched an Emergency Rapid Response Paramedic, an Emergency Crew, and an Ambulance Officer to the situation.

After being evaluated, the patient was sent to Causeway Hospital.

Darryl Wilson, a local councilman for the Ulster Unionist Party, remarked that the tragedy has devastated the boy’s family and the town.

Last night, he tweeted on social media, ‘As word breaks tonight of a horrific tragedy in our Town, the entire community’s heart is saddened.

‘Every loss of life is tragic, but the untimely death of a child is especially tragic.

No words can adequately explain how we feel; our collective hearts, thoughts, and prayers are with everyone affected by this tragic loss.

“May I convey my my condolences to this family whom I have come to know well over the years?”

During this period of tremendous sadness and heartache, I have no doubt that the family will support one other and can count on the community’s assistance.