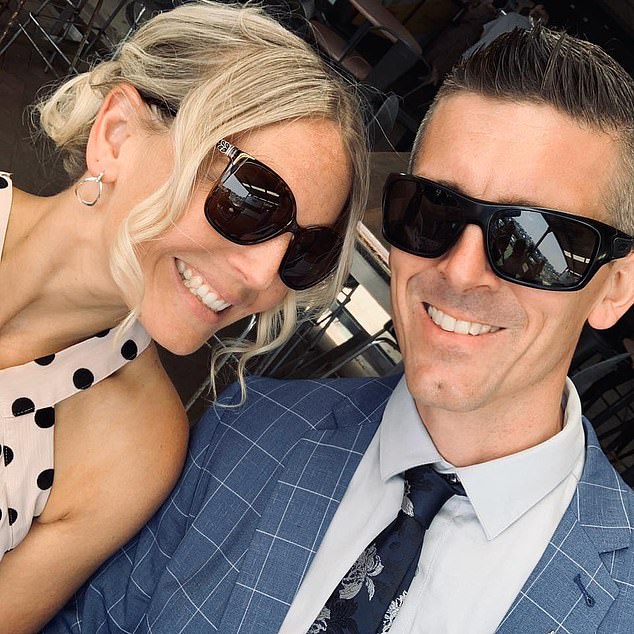 Two adolescents will be charged as a close-knit community rallies behind a mourning family in the wake of a brutal home invasion that resulted in the death of a wife and mother.

Monday night, Emma Lovell, 41, and her husband Lee, 43, were at their home in North Lakes, north of Brisbane, when burglars allegedly broke in.

The Lovells allegedly confronted them, and a brawl ensued on the front porch, with terrified neighbors awoken by the screaming of their daughters.

The pair was transported to the hospital, where Ms. Lovell died thereafter.

Two 17-year-old youngsters from Zillmere and Holland Park will be charged with murder, attempted murder, and burglary later today.

Two additional juveniles have been arrested as investigations continue.

Mrs. Lovell was tragically injured in the front yard, according to Queensland Police Superintendent John Hallam. A confrontation allegedly ensued in the residence between the Lovells and the invaders, he said.

Within hours, an online fundraising has already garnered almost $6500 for Ms. Lovell’s bereavement.

The North Lakes Community is helping the Lovell family in their time of need. Although the financial assistance will not bring Emma back, we wish to give the family time to grieve the loss of a wife and mother,’ the page adds.

Emma leaves behind her husband, Lee, and two daughters, who are now confronted with the incomprehensible loss of their cherished wife and mother.

“In this tough time, as a community, let’s assist Lee and the girls as they cope with this tragic event,”

“All gifts, regardless of size, are highly appreciated and will be used to assist the family with expenditures at this difficult time.”

Please remember the Lovell family in your thoughts and prayers at this time of sorrow.

As money continue to flood in, the online campaign has been swamped with tributes and condolence messages.

“Our sincere condolences during this incredibly difficult time. “We are all still in shock,” wrote one woman.

The police will argue that Ms. Lovell was stabbed in the chest, while her husband sustained back injuries.

It is believed that the purported invaders had no connection with the Lovells.

Michael Hogan, a Detective Senior Sergeant, stated, “They (the couple) awoke the criminals inside the residence, who were roused by… barking dogs.”

“They disturbed them (the couple) inside the residence, and the Lovells defended their home.”

The Brisbane Times said that neighbors heard and saw two kids, thought to be the Lovells’ daughters, screaming “someone help my mother” while paramedics attempted to save the woman.

The Lovell family had celebrated Christmas at Point Cartwright on the Sunshine Coast the day before the event.

“We spent Christmas on the beach for the first time in 11 years, and even managed to cook bacon and eggs! I wish everyone a wonderful Christmas spent with family and friends “Mr. Lovell posted on Facebook.

A family acquaintance referred to Ms. Lovell as her “second mother.”

She was always there to assist her girls in any situation; she regarded everyone to be her family.

When I saw that it was Emma, my heart shattered; it’s such a horrible event.

Outside the North Lakes residence, bereaved neighbors erected memorials to their “lovely companion.”

Originally from the United Kingdom, the pair fell in love while traveling along the east coast of Australia in 2002.

In a February 2013 essay on a visit to a distillery on Tamborine Mountain in the Gold Coast hinterland, Mr. Lovell advocated the life-altering shift to his British pals.

While establishing their new life cost them thousands of dollars, the Lovells had no regrets.

Mr. Lovell commented, “It is fantastic to be able to go to the beach, swim in warm water, and use free barbecues, but it is difficult to be away from my friends and family.”

There is only one life, so live it fully and without remorse.

It can be expensive to get here, but as a tradesperson, you can earn a fair wage provided you’re willing to start work at 6 a.m. or earlier and depart about 3 p.m.

“Australia is a large country, but Brisbane is a decent area to live; the weather is tolerable, and we’re close to the sunshine coast and gold coast, all of which have excellent beaches and are family-friendly.”

Mr. Lovell noted in his remarks that their eldest daughter had recently begun kindergarten and would begin school the following year.

‘Emma and I traveled extensively down the east coast prior to our arrival in 2002, so we had a fair sense of what to expect,’ he wrote.

“Don’t be discouraged, because seeing how happy (and red) your children are on the beach for the first time will be worth it.”