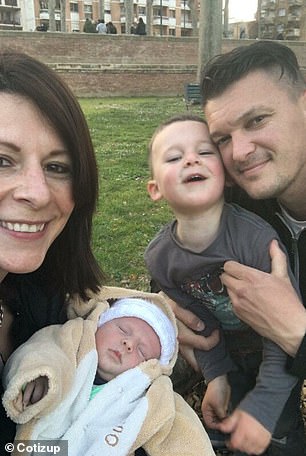 Two graffiti artists who were killed by an oncoming train while tagging a Brooklyn subway station have been identified as famous French artists Pierre Audebert and Julien Blanc.

Audebert, 28, and Blanc, 34, were fatally struck by a Manhattan-bound No. 3 train in Brownsville late Tuesday night.

Connexion France reported the two ‘wanted to realize their dream of graffitiing the inside of a New York subway.’

‘I thought of them as brothers,’ French-Algerian street artist Ceet Fouad said of Audebert and Blanc.

Ceet Fouad told the outlet that he had traveled to New York City with the duo on a promotional tour, and initially believed they had been arrested when he first lost contact with them.

‘When I saw on the news that two people had been hit by a train in the place they wanted to go I immediately made the connection,’ he added.

Blanc’s Instagram page, which features snapshots of his street art, includes his tag name spray painted on a subway train and on the roof of a Manhattan high-rise.

His family has since began asking for donations in light of his death, and described him as a father and husband.

Julien was a father, a husband, a son, a brother, a friend.’