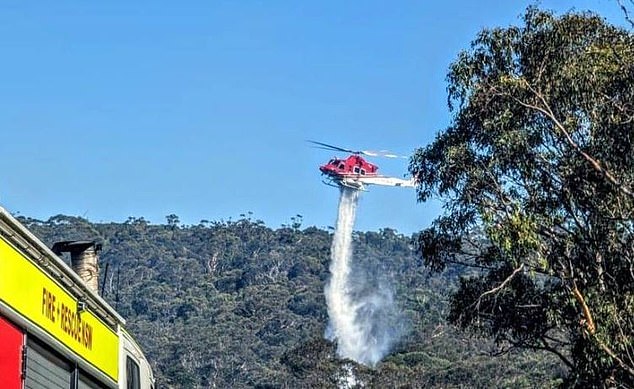 A aircraft accident that ignited a blaze in thick vegetation has claimed the lives of two individuals.

Emergency services were called to reports of a scrub fire in bushland between Appin Road and Colliery Road, southwest of Sydney, just before three o’clock on Monday.

After conducting a thorough search of the area, personnel discovered a small aircraft with two corpses inside.

They haven’t been officially identified yet.

Police have set up a crime scene, and inquiries are still being made.

There are additional firefighter units and a helicopter from the NSW Rural Fire Service present.

Between the M1 Princes Motorway and Colliery Rd, Appin Rd has been blocked in both directions, and drivers have been advised to avoid the area.

Witnesses, according to a NSW Ambulance spokesman, think the aircraft may have crashed and started the blaze.

Picton Rd may be used alternatively by drivers who need to go from the M1 Princes Motorway to the Hume Motorway.

A plane went missing after taking off from the tiny, private Wedderburn Airport, according to authorities earlier.

As investigations into the circumstances surrounding the incident continue, police will collaborate with Australian Transport Safety Bureau (ATSB) detectives, according to NSW Police.