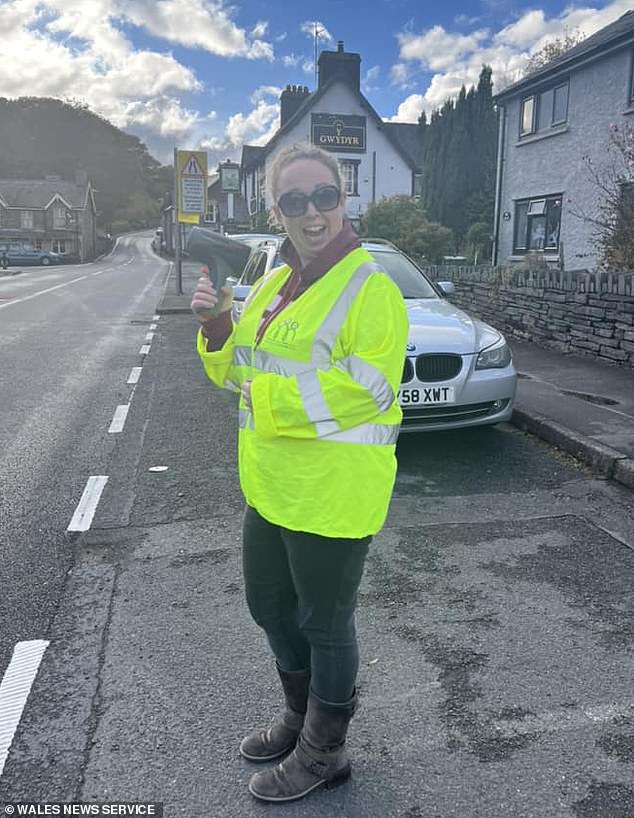 Two women who were given speed guns to defend their community against fast cars claim that motorists have been verbally abusing them.

Penny Hughes, 28, and Rhian Mai, 31, are tired of seeing drivers go above the 30 mph limit in areas where kids are playing.

The two then set up a speed-gun operation while wearing high-visibility jackets.

And in their first two hours on the job, they caught 17 cars speeding through their Conwy community of Dolwyddelan on the main A470 route.

However, Ms. Hughes said that some motorists misuse the road safety program from their vehicles out of rage.

People have yelled insults at us from passing automobiles, she said.

Some people simply stand there and look, but one individual who was driving by said, “You’re a f****** disgrace!”

However, it is ultimately a concern for those of us with children, and something ought to be done about it.

After an incident earlier this year, Penny made the decision to take action.

Her words were these: “It’s incredibly worrisome that someone may knock our children down. There was a motorcycle collision just outside my home during the summer vacations.”

It’s quite concerning since automobiles simply go by because children play on the driveway and in the front yard, where the incident occurred and the wall was smashed. Road speed drops from 60 to 30 mph. It’s incredibly risky, so I simply don’t understand why individuals feel the need to pass in a 30.

‘We need something here to make it safer because it’s incredibly scary as it is, but we can’t install speed bumps because it’s the A470.

We do believe that we have been overlooked and that something must occur for the cops to come up. They did emerge around a week after the motorcycle accident, but they are no longer coming.

For the purpose of attempting to stop the speeding cars in Dolwyddelan, Conwy, Ms. Hughes and her friend Ms. May joined the North Wales Police’s Community Speed Watch Scheme.

To increase the safety of the road, they have now invited additional villages to join up and get training and equipment.

It’s extremely challenging with just the two of us, Ms. Hughes said, so we’d want additional volunteers to join up to assist. We’re hoping that individuals will start to pay attention and slow down now that they are aware they will be captured.