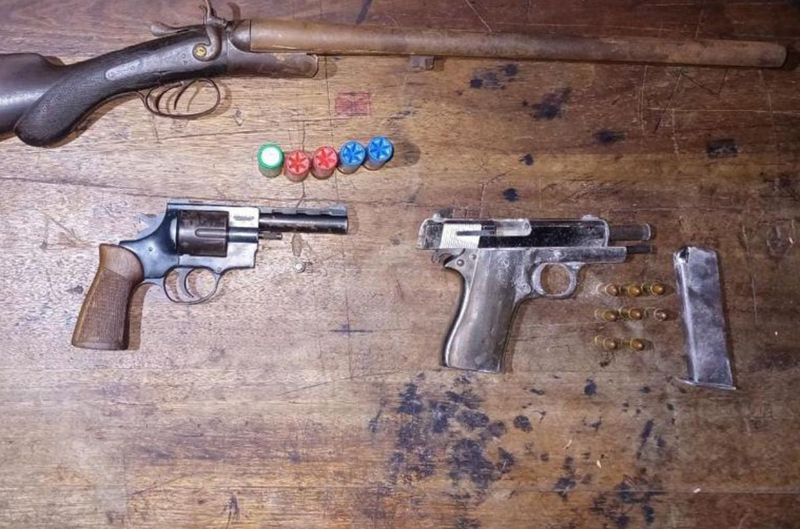 Police announced on January 14 that three individuals, including two women, were arrested in Delft, Cape Town for alleged possession of firearms and ammunition. The arrests were made by members of the Anti-Gang Unit who were assigned to the area owing to continuing gang violence.

DELFT ARRESTS
Captain Frederick van Wyk, a spokesperson for the South African Police Service (SAPS), stated that officers followed up on information gathered from many sources indicating that firearms were allegedly housed at a home in Ebro Crescent, Delft.

“Following a thorough search, a.38 Special Revolver and one.38 Special Calibre cartridge of ammunition were discovered concealed under the right wheel of the vehicle, confiscated, and booked as evidence. The suspect was arrested for illegal possession of a firearm and ammunition, according to van Wyk.

Additional information led police to an address on Okkerneet Street, where they discovered a double-barreled 12-gauge shotgun and five rounds of ammunition of the same gauge. A woman was detained for possessing an unlicensed pistol and ammo. The materials were confiscated.

Anti-Gang Unit members were directed back to the first address in Ebro Crescent by additional intelligence. A search of the premises revealed an unmarked 9mm handgun and eight rounds of ammo.

A woman was arrested for illegal possession of a restricted firearm and ammunition.

“The team also successfully apprehended two murder suspects in Delft during a tracing operation conducted when they entered the precinct on foot,” stated a police spokesperson.

Once charged, the accused are anticipated to appear before the Blue Downs Magistrate’s Court.

»Two ladies were arrested in Delft for gun possession«