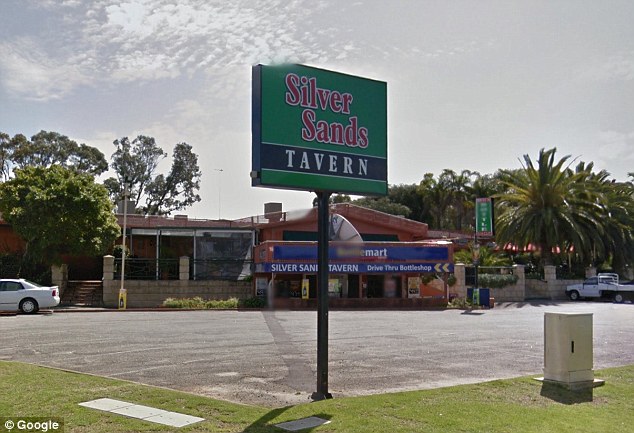 Three guys were allegedly attacked with a 40cm machete in a pub in Western Australia, as depicted by photographs of their gruesome wounds.

Police published the photographs on Saturday after charging two males, ages 28 and 34, in connection with the brutal assault that occurred at the Silver Sands pub in Mandurah, south of Perth, at approximately 10:50 p.m. on Thursday.

One man was allegedly slashed across the face, leaving a cut visible from just under his ear through his cheek to his chin, while another narrowly avoided losing an eye and a third lost a fingernail.

Two victims, aged 39 and 60, have received facial and hand surgery at Royal Perth Hospital, while a third victim, aged 32, is being treated at Fiona Stanley Hospital.

It is believed that there was a private event at the bar, and that a woman who was denied admittance subsequently returned with two men who allegedly carried out the assault.

Police said a 28-year-old from Halls Head and a 34-year-old from Singleton have each been charged with three charges of acts or omissions causing bodily harm or danger.

A woman in her 30s was released awaiting further investigation.

Friday, the area was blocked off as investigators and forensic experts investigated the crime scene.

The investigation is ongoing, and the police urge any witnesses or individuals with information to call Crime Stoppers.